The women were carrying gold in the form of bars, wires and powder which was concealed in coffee powder bottles, linings of innerwear, footwear and masala bottles.
Staff Reporter 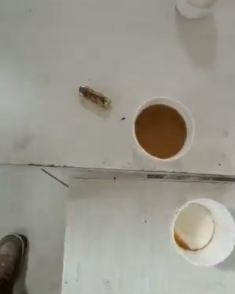 The Customs officials on Sunday recovered 3.8 kgs of gold from 18 Kenyan women arriving from Sharjah, the agency officials informed. One woman was arrested on charges of non-declaration of gold and violating import conditions.

Mumbai Airport Customs intercepted a number of passengers who had ingeniously concealed gold and seized 3.8 kg Gold valued at Rs. 1.52 Crore from them. the Gold was found hidden in Coffee flask full of Coffee, in footwear and also in hair clutches. pic.twitter.com/gaS62HMLrH

According to the customs officials, the seized gold was worth crore of rupees. The women were carrying gold in the form of bars, wires and powder which was concealed in coffee powder bottles, linings of innerwear, footwear and masala bottles.

"If the value of gold is above Rs 20 lakh, then the person is placed under arrest by the customs officials." The official said that gold from other women was seized and they were let off after examination, as they were carrying gold in small limits.

They had not declared gold, import by a foreign national is strictly prohibited by the central government. Also there are certain conditions of gold import in India. "One woman who has been carrying a large limit has been arrested," said a Customs official.