There was no end in sight to the strike by employees of the Maharashtra State Road Transport Corporation (MSRTC) which entered the 20th day on Tuesday, as they refused to budge from their demand for the merger of the loss-making corporation with the state government, officials said.

All 250 bus depots of the Maharashtra State Road Transport Corporation (MSRTC) have been shut since November 9, due to the employees' indefinite strike, which began on October 28.

"There is status quo. All 250 depots are shut since November 9," an MSRTC official said.

On Monday, nearly 6,900 corporation employees, out of the total 92,266, reported for duty. The number is expected to go up on Tuesday, a spokesperson of the MSRTC said.

According to officials, most of the employees who reported to work on Monday were administrative staffers, followed by workshop employees, and some drivers and conductors. The corporation had operated over 100 buses on Monday.

Meanwhile, the three-member committee set up by the state government to look into the demand of the MSRTC employees has asked union leader Ajaykumar Gujar to make a written submission before the panel on Tuesday evening.

The employees started the indefinite strike on October 28 and intensified it earlier this month.

They have refused to budge from their demand for the merger of the MSRTC with the state government. A merger will give them the status of government employees, besides better salaries.

The MSRTC has been urging the employees to call off the strike immediately.

Last week, it said the accumulated losses of the corporation have risen to Rs 12,000 crore, still it paid the salaries for the last 18 months by taking a financial assistance of Rs 3,549 crore from the state government.

It had also mentioned about the fulfillment of other demands such as increase in the dearness allowance, house rent allowance and a Diwali gift for the employees.

Ordinary commuters are suffering and the MSRTC is losing Rs 15 to 20 crore every day due to the strike, it had said. 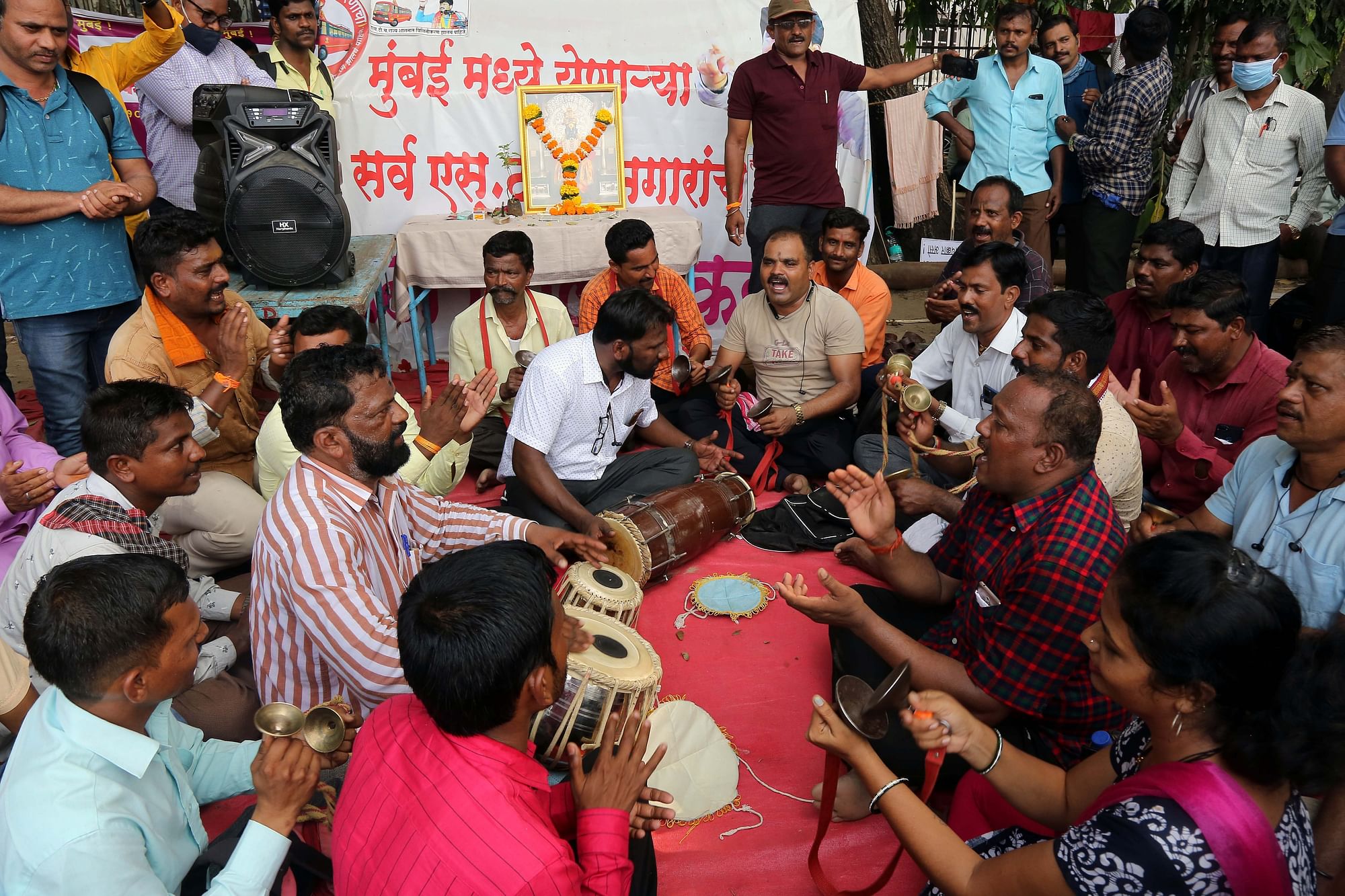