Alert police personnel attached to the Naya Nagar police station in Mira Road outsmarted an "officer" of the Intelligence Bureau (IB) who wanted to evade action for obstructing and manhandling on duty cops.

Now, the self proclaimed IB "officer" identified as- Siddharth Pandurang Yedari (41) is cooling heels behind bars for impersonating a public servant. A resident of Mira Road, the accused had picked up a quarrel, with the police personnel who were on-duty at the Shanti Nagar police chowky near the railway station in Mira Road late on Friday night.

Claiming to be an IB officer attached to Government of India's home ministry, Yedari accused the cops of being impartial while handling closure of shops after the stipulated deadline.

Sensing something fishy, the personnel accosted him to the police station where he even flashed a government identity card to put pressure on the police and evade action.

Further investigations led to the arrest of another person identified as-Devendrakumar Keshav Maanji (51) who allegedly facilitated Yedari with the fake identity card.

The police have seized four identity cards, a frame with the logo of the Indian Army, three mobile phones, passports and bank passbooks from the possession of the accused.

The accused have cases registered against them at various police stations in Mumbai, Thane, Virar and Pune. Further investigations were underway. 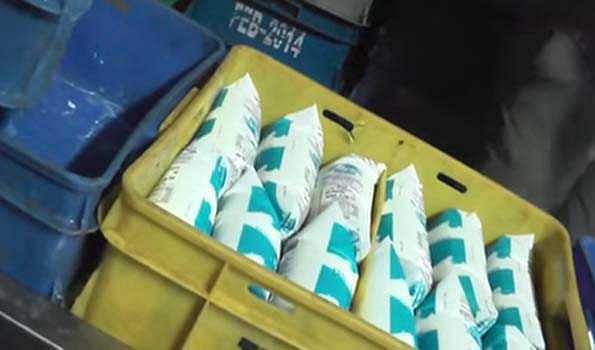