As positive cases started soaring, from the first week of this month, members of the tree authority accompanied by a bunch of civic officials and their subordinates, packed their bags

At a time when the cash starved-Mira Bhayandar Municipal Corporation (MBMC) stares at another possible wave of Covid, elected representatives cutting across party lines have yet again teamed up to embark on a junket under the guise of a week-long study tour. As positive cases started soaring, from the first week of this month, members of the tree authority accompanied by a bunch of civic officials and their subordinates, packed their bags as they flew to Meghalaya on Monday.

Just recently members of the opposition had almost come to blows with the rulers on trivial issues, but when it comes to splurging tax payers money on exotic junkets there is never a difference of opinion between them. This is evident from the fact that not only the ruling BJP, members of opposition (Shiv-Sena and Congress) have also conveniently become part of the tourney. While, MBMC chief-Dilip Dhole remained tight-lipped on the issue, his deputy- Sanjay Shinde was unreachable.

“The climate of Meghalaya is in stark contrast as compared to our region. Instead there are many agricultural universities in the state which can be visited in a day or two without much expenses. If these people are found holidaying on public money, the entire cost of the tour should be recovered from all the participants.” said ward committee member- Saji I.P. Notably, the five year tenure of the civic body ends in August this year, defying the logic of the tour. An expenditure of around Rs. 10 lakh, including stay, flight tickets and other expenses, will have to be borne from the taxpayers money.

MBMC spends lakhs of rupees on inter-state and off-shore study tours at the end of which participating members are expected to give a presentation of the information and knowledge they had gained from the trip. However, past experiences have shown that the members were holidaying rather than learning anything worthwhile during such tours. 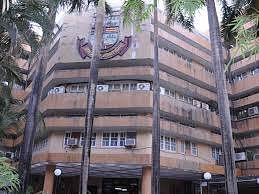