The letter states that the guidelines are in accordance with SEC orders dated 5/11/2016 aimed to prevent voters from being influenced in the build-up to the civic polls.

In a significant development ahead of the civic polls, the State Election Commission (SEC) has restrained the Mira Bhayandar Municipal Corporation (MBMC) from utilizing discretionary funds.

In an official reply to the civic administration’s query, SEC’s deputy commissioner Avinash Sanas has made it clear that elected representatives cannot be allowed to spend discretionary grants in the last three months of the body’s tenure.

The letter states that the guidelines are in accordance with SEC orders dated 5/11/2016 aimed to prevent voters from being influenced in the build-up to the civic polls.

“Yes, directions have been received from the election commission which restrains spending of discretionary funds and we have implemented it,” said civic chief-Dilip Dhole.

Notably, the five year tenure of the civic body ends in August this year. Allocations amounting Rs. 73 crores for 95 elected representatives and five nominated members had been earmarked towards discretionary development funds in the budget for the current fiscal. This apart from the annual ward development funds allocated to each corporator.

Local legislator Geeta Jain, who is also a corporator in the MBMC, had sought the intervention of the state to immediately scrap the allocations which was not only against the larger public interest and could hurt the financial interest of the municipality, but could lead to unplanned expenditure.

"With less than three months remaining, elected representatives will not be able to submit work proposals to the concerned authorities for approval. If the proposal is approved and work is yet to start, fresh work orders cannot be given and only ongoing work can be continued," officials said. 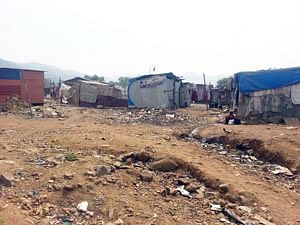