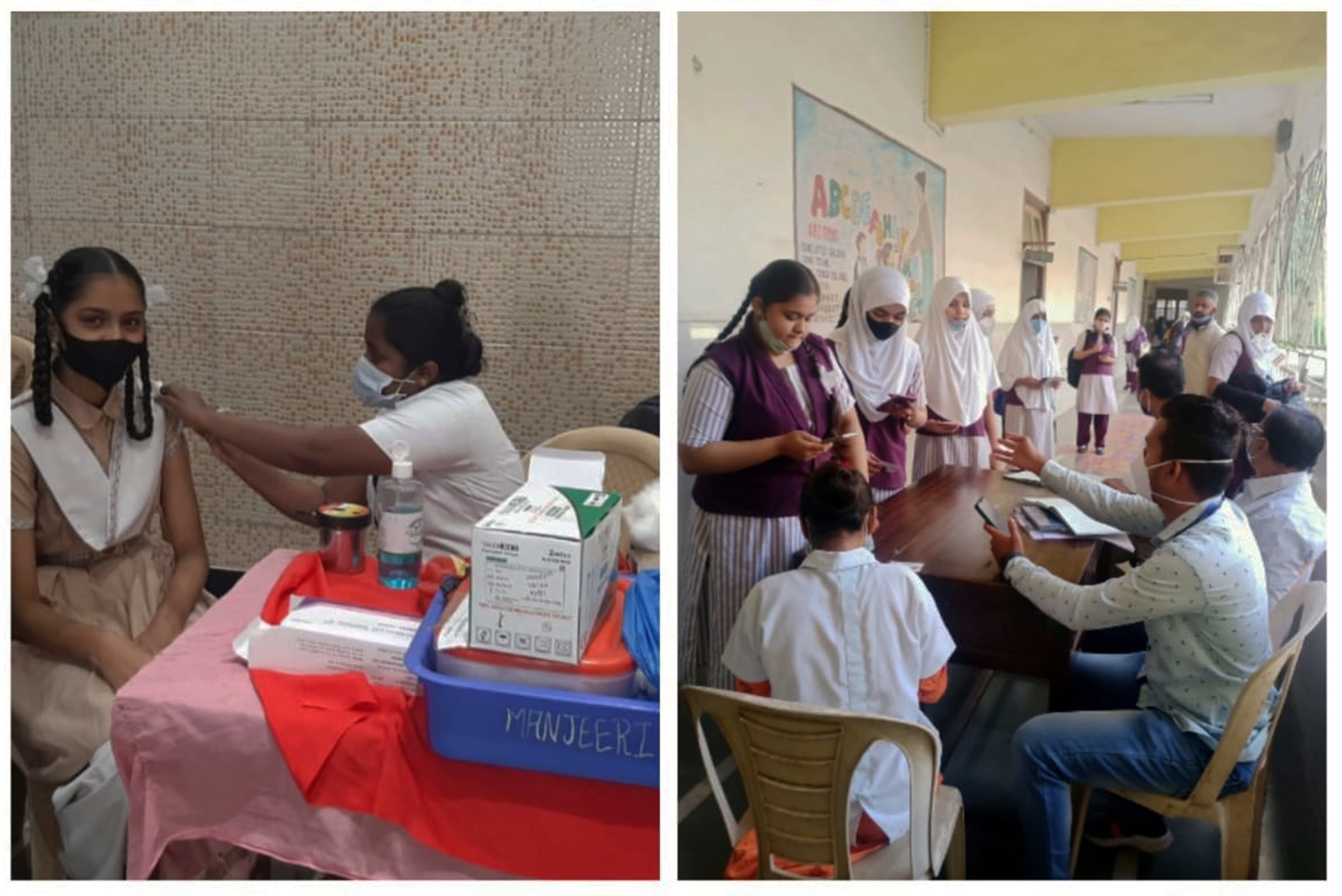 As the number of Covid-19 cases climbs to alarming levels, the pace of vaccinating teenagers falling under the 15 to 18 years age bracket is also gaining momentum in the twin-city. After inoculating 5,030 beneficiaries on the first day on 3rd January (Monday), the health department attached to the Mira Bhayandar Municipal Corporation (MBMC) added another 8,579 teenagers to the list of vaccinated teenagers on Tuesday. With this the total number of vaccinations had reached 13,609 till the end of sessions on Tuesday night.

As per MBMC’s outreach programme, 20 educational institutions including schools and junior colleges in the twin-city doubled up as vaccination centers for the convenience of students. This is in addition to online, offline sessions and on-the-spot registrations at various health care facilities.

While a total of 44 sessions had been planned on Tuesday, the civic administration plans to rope in more schools and colleges to achieve 100 percent coverage of the first dose as soon as possible. According to the projected population listed by the central government authorities, the target beneficiaries for vaccination in the 15-18 age group in the twin cities of Mira-Bhayandar stand at 52,992.

According to senior officials in the healthcare department, none of the beneficiaries reported facing any major adverse effects following the vaccination. Few complained of minor adverse events following immunization (AEFI) involving pain at the spot of injection or mild fever, which according to health care officials was absolutely normal and nothing to worry about. Bharat Biotech’s Covaxin is being administered by the MBMC to the 15-18 age group.The second dose of the Covaxin will be given to them after a gap of 28 days.