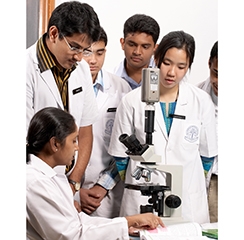 The proposal was tabled for a post-facto clearance in front of the standing committee. However, members of the committee unanimously referred the proposal back, stating that extending the service period of incumbent employees would deprive juniors of getting their due promotion.

In the meeting, it was also revealed that more than 50 per cent of the posts of senior doctors and medical officers in various BMC hospitals are vacant. Prabhakar Shinde, group leader of the Bharatiya Janata Party (BJP) in the BMC, had demanded a white paper from the civic administration, seeking details of the vacant posts.

However, on January 20, the same proposal was cleared by the committee.

Members of the association stated that there is a repeated motion of extending the retirement period by influential members of BMC which results in stagnation of the junior employees.

“There is an administrative delay in giving appointment letters to associate professors who are selected by direct recruitment which further delays in filling the vacant posts,” said Dr. Ravindra Deokar secretary, MMTA and AFTT.

The members also demanded that the process of filling vacant posts of faculties should be completed immediately.

Meanwhile, Ravi Raja, standing committee member and leader of the party (LoP) in BMC, stated that the retirement period has been extended for only 12 senior medical doctors.

“The motive of the ongoing protest is wrong as the proposal is temporary and is only applicable for senior doctors who were supposed to retire during the COVID outbreak,” said Bhalchandra Shirsat, senior BJP corporator and standing committee member.