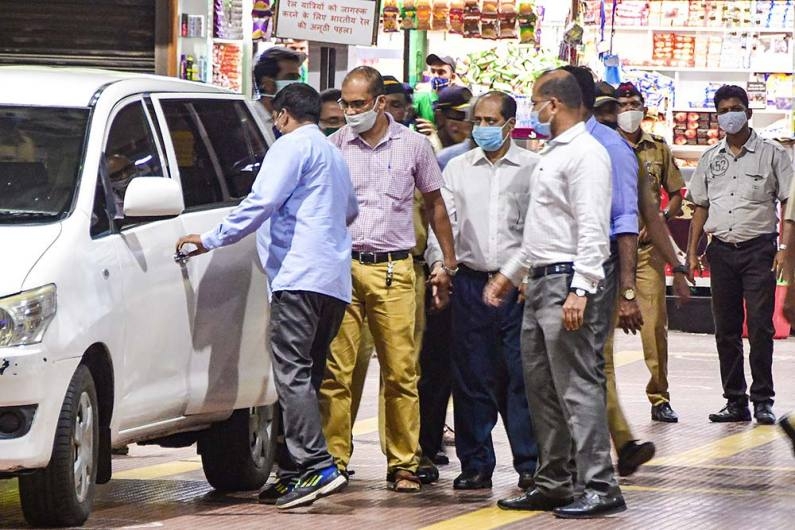 The National Investigation Agency (NIA) has opposed plea by dismissed cop Sachin Vaze seeking house arrest till he recovers from bypass surgery saying that the ex-Assistant Commissioner of Police has been arrested for serious and grave charges and if released on house arrest then he may abscond and tamper with evidence and witnesses who were his associates.
The NIA filed the affidavit in reply to Vaze’s plea earlier this month seeking that he be shifted from judicial custody to house arrest for his post operative care following a bypass surgery. He had sought that he be permitted to remain under house arrest till he recovered fully.
Vaze has been arrested for allegedly being part of the conspiracy to kill businessman Mansukh Hiran, and planting an explosives laden vehicle near the residence of industrialist Mukesh Ambani.
The affidavit filed by Additional Superintendent of Police Anil Kumar Nair states that if House Arrest is granted to Vaze then there is every likelihood that he will “abscond” and will “tamper with the prosecution witnesses including the protected witnesses who allegedly were his associates”. It further claims that although the identity and address of the witnesses are protected, it is “not difficult for the petitioner accused (Vaze) to figure out who they are” as he is a “highly influential person”.
Besides, the NIA has said that regular medical examinations have been done since the time Vaze has been discharged from the Wokhardt Hospital on October 5.
While denying allegations that the Taloja prison authorities are not well equipped with adequate Medical facilities, the NIA has said that being a former police officer, Vaze is well aware of the State Government run Hospitals are attached with the Prisons in Mumbai and Navi-Mumbai region – which are Sir JJ Group of Hospitals, St. George Hospital, etc. – which are multi-speciality hospitals equipped with the modern medical facilities and highly trained team of Doctors.
Seeking dismissal of his plea, the NIA affidavit reads, “the petitioner accused at this stage without any medical contingency cannot claim benefit of House arrest, without any cogent ground much less a ground based on alleged conjectures and surmises.”
Further, the maximum punishment for the offences which he has been arrested, if found guilty, is life sentence or even death penalty, states the NIA affidavit.
Vaze had sought parity with Elgar Parishad accused Varavara Rao, who had been granted interim medical bail in February this year owing to his advanced age and worsening health.
The NIA said in its affidavit that Vaze's case was different from that of Rao and while the latter had been granted medical bail, Vaze was asking for continuing judicial custody in the form of house arrest.
A division bench of justices Nitin Jamdar and Sarang Kotwal of the Bombay High Court has kept the matter for hearing on November 18.

Vaze’s advocate Raunak Naik said that the court has, however, granted them liberty to approach the vacation court in case of emergency.