Police believe that the resurfacing of these banned drugs have been made easy due to the unlock procedure, but strict checking and tip-off have curtailed the drug supply chain.
Priyanka Navalkar 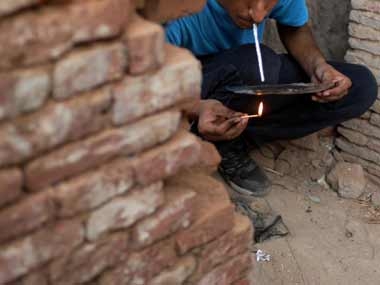 Three major drug hauls in the city after the lockdown was announced to contain the spread of Covid-19 has subsequently created a problem for drug peddlers as supplies are running out. Police believe that the resurfacing of these banned drugs have been made easy due to the unlock procedure, but strict checking and tip-off have curtailed the drug supply chain to be completed or sustained.

A senior official from Anti Narcotic Cell (ANC) of Mumbai Police, who did not wish to be named said, the drug supply which was visibly declined during the lockdown was merely thriving on the back up stock. Since March, the traditional drug supply chain had been disrupted with narcotic supply facing constant losses. The peddlers, however, pulled up their socks once the unlock procedure was put in force and began planning to bring in drugs after giving police a slip.

In an aggressive drive to root out the drug menace in the city after the lockdown, the ANC and Mumbai Police had fanned out their informers across the city to alert them about any development on the drug supply front. Accordingly, since the lockdown was partially lifted, police busted three major drug hauls at Trombay, Dindoshi and Saki Naka in the last fortnight, seizing a considerable quantity of contraband.

The drug supply chain will remain underground and non functional for a while, owing to the content police scrutiny, police said. "Recent seizures of contraband have badly hit the drug supply and to revive it will take another month and a half. With drug seizures happening soon after the peddlers got back in business, it cautions them and stunts the growth for a considerable time," said the official.

Ever since the lockdown was clamped on March 25, not a single case of narcotics seizure or peddling was recorded until July 2, with the recovery of two banned drugs. The first recovery of contraband post-lockdown was done by the Mumbai police was after the arrest of a 60-year-old man, Mohammad Shaikh from Cheetah Camp in Trombay with drugs like Heroin and Cannabis valued at over Rs 60 lakh in the international market.

The second case was recorded a day later, when police arrested two men, Amit Ashok Mishra and his friend Mohammad Faiyaz Mukhtar Khan, both aged 29. They were held from Dindoshi and police recovered over 20.7 kilograms of cannabis, valued at Rs 3.3 lakh from them, which is suspected to have been procured from Ulhasnagar.

The third and the largest recovery made by the Juhu Unit of Anti Terrorism Squad was on July 15, where two drug peddlers-- Dilshad Abdul Kalam Khan, 30 and Imran Kamaluddin Shaikh, 24, were arrested and Mephedrone aka Meow Meow or MD worth over Rs 1.10 crore was seized from them.