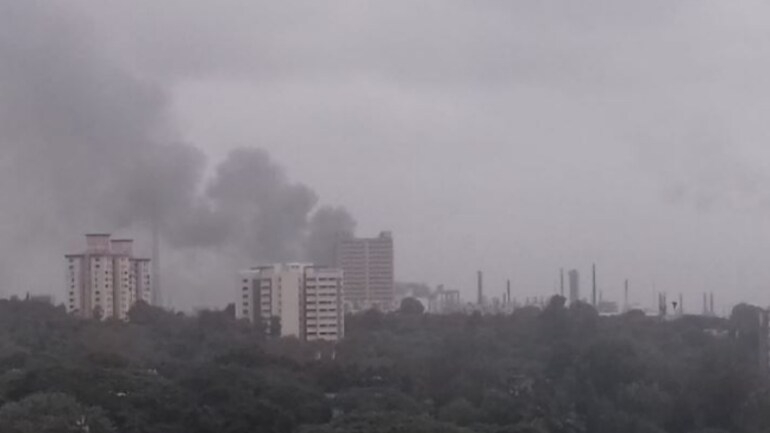 The National Green Tribunal (NGT) on Thursday held four companies, including the BPCL and HPCL, responsible for creating 'gas chamber'-like conditions in Mahul, Ambapada and Chembur areas in the city and directed them to pay Rs.286.2 crore towards 'damage caused to the environment'.The tribunal has directed Hindustan Petroleum Corporation Ltd (HPCL) to pay Rs. 76.5 crore, Bharat Petroleum Corporation Ltd (BPCL) to pay Rs. 67.5 crore, Aegis Logistics Ltd (ALL) Rs. 142 crore and Sea Lord Containers Ltd (SLCL) Rs. 0.2 crore. The judicial body was hearing a plea filed by Mahul resident Charudatt Koli and four others, seeking execution of air pollution control measures in Mahul, Ambapada and Chembur, particularly by the four companies.
Reacting to the order, Mahul residents and petitioners said it was not even half as harsh as what they had suffered for decades. "They (companies) will pay up the amount and continue to pollute our area, our homes," said a resident.
The NGT, in its order stated though there may be many reasons for presence of volatile organic compounds (VOCs) in the atmosphere, it could not be denied that the SLCL, ALL, BPCL and HPCL contribute substantially and predominantly to the VOCs in Mahul and Ambapada villages.
"The prolonged exposure to hazardous air pollutants, even at minuscule levels, may weaken the lungs and other organs. Conditions prevailing in the area are sometimes likened to that of a 'gas chamber’," the tribunal said.Further, the tribunal said, it was only because of these reasons that the companies had been taking actions to arrest the fugitive emissions, which were particularly noticeable after 2015. And, of late, the industries had acted on implementation of the action plan. It accepted the computation of fines by the Central Pollution Control Board and directed it to keep the amount in separate accounts.
The green authority said: "CPCB has accordingly assessed the values of VOC emissions based upon the data provided to them by the companies. In view of the submissions made by CPCB and the above discussion, the objections of the units regarding use of data prior to control measures and the incorrect application of the formula and methodology are untenable."
The NGT further said it was satisfied that all the objections raised by the respondent companies have been duly considered by the CPCB’s in-house technical committee and the correctness of the conclusion arrived at by the CPCB.A bench headed by NGT Chairperson Justice A K Goel said a ten-member joint committee comprising two senior nominees of the CPCB, representatives of the environment ministry, the state pollution control board, the district magistrate, NEERI, TISS, Mumbai, IIT Bombay, KEM Hospital, Mumbai, and a nominee of the health secretary Maharashtra, may prepare an action plan for restoration measures.

The Maharashtra PCB would be the nodal agency. The plan may, in particular, provide for dealing with health issues of the inhabitants / residents and measures for control of pollution in the area, treating Ambapada, Mahul, Chembur and other contiguous areas (as may be specified by the committee) to be a Special Air Pollution Control Area, the Bench stated. The joint committee would be free to take assistance from any other expert/institution and invite the respondents to key meetings.
It would be up to the committee to hold virtual meetings. The absence of one or more members for any reason would not hold up the functioning of the committee if other members felt it appropriate to proceed further in such absence. The plan would be executed under the same committee, through the respondents themselves or otherwise, the bench said.
The finalisation and execution of the action plan will be overseen by Justice V M Ranade, former judge of Bombay High Court with the assistance of technical experts nominated by the CPCB and MPCB.

Major contributors to the air pollution were said to be logistic services, the storage of oil, gas and chemical items, as well as oil companies releasing emissions of VOCs during loading, storage and unloading or handling of hazardous chemicals at various stages, the plea said.Petitioners (Charudatt Koli, Dayaram Mahulkar, Mohan Mhatre and Dattaram Koli) had filed a plea for the closure of Sea Lord Containers (additional unit of Aegis Logistics), located less than 10 metres from Mahul and Ambapada Village. "We still pray and demand for closure of SLCL unit which continues to cause severe chemical pollution and damage to our healths, releasing toxic VOC emissions as mentioned in the said NGT order too. The environmental damage cost of Rs 286 crore is very minimal as against the actual VOC emissions calculated by experts in their report. Industry has used BAT (Best Available Technology) to control VOC emissions, but still if these are the levels of pollution, then one can easily imagine the amount of continuous exposure residents are facing and the severe impact on our health," said a resident.
The petitioners are reeling under a huge financial burden amid their fight against chemical pollution. "We have already spent all our savings, borrowed money and also mortgaged our properties to avail financial assistance in the fight against this chemical pollution to save the lives of villagers," said one of the petitioners. They claimed that they had to repay over Rs 7 crore in loans.