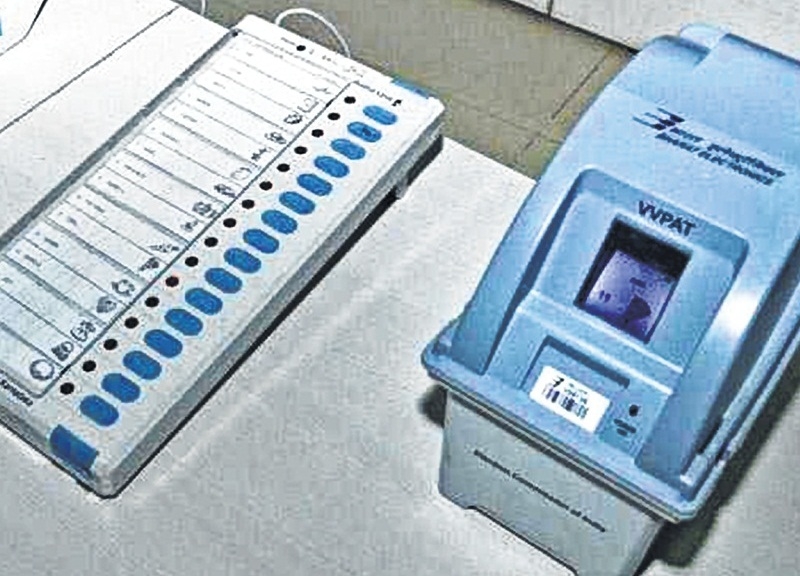 Dismissing reports on this count appearing on social media, the EC official said that there is no need to press the voting button on the electronic voting machine (EVM) for 7 seconds to view the voter-verified paper audit trail (VVPAT) slip, as it will roll out instantly. Of these 17 constituencies, the highest number of voters – 23,70,276 – are registered in Thane and lowest – 14,40,142 – are registered in Mumbai South-Central constituency.

The EC has set up a total 33,314 polling stations in these constituencies, deployed 68,018 balloting units, 39,977 control units and 43,309 VVPAT-EVMs. Voting will be conducted in all the 17 Lok Sabha seats from 7 a.m. to 6 p.m. under stringent security measures, according to the EC official.

A Mumbai Police spokesperson said that a total of 10,073 booths have been set up at 1,492 polling stations in the city’s six seats, spread across areas ranging from some of the poshest locations of south Mumbai to the sprawling slums of Dharavi, the tribal hamlets of Sanjay Gandhi National Park and the fishing villages dotting the city coast. Of these polling stations, 325 have been declared as “critical”, and more than 40,000 security personnel will be deployed in the city, including Mumbai Police and other agencies.

As part of their pre-poll precautions, the police have externed 204 criminals from Mumbai, taken bonds of security from 8,117 from history sheeters and others with questionable credentials, served notices to 5,771 others, including six under the Maharashtra Prevention of Dangerous Activities Act, 1981.

Since the election Model Code of Conduct came into effect on March 10, the city police have so far seized 391 illegal weapons, 2,648 litres of illegal liquor worth over a million rupees, and around 210 kgs of narcotic drugs worth nearly Rs 40 crore, the spokesperson said. The police and the Income Tax Department have also effected seizures of Rs 10.51 crore in illegal cash in 35 instances, registered 18 electoral offences by various parties and individuals and another 17 violations of the Model Code of Conduct.