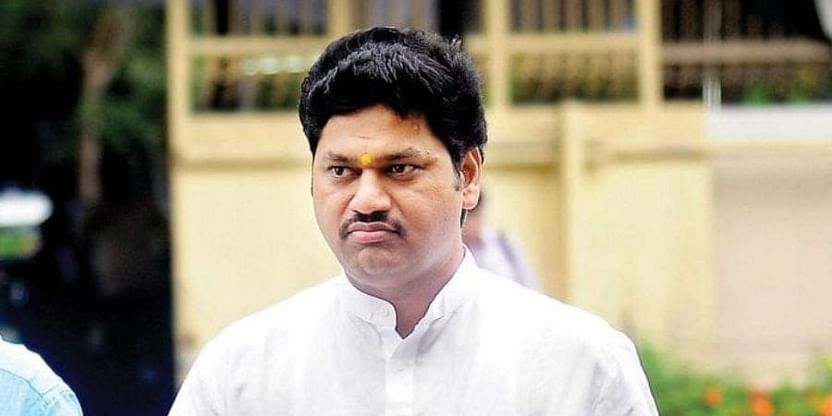 Police on Sunday arrested a woman named Karuna Sharma, who claims to be the second wife of Maharashtra minister Dhananjay Munde, and one more person for allegedly attacking a man at Parli city in Beed district of the state, an official said.

The action against them was taken based on a complaint lodged by one Vishakha Ghadge in connection with the incident that took place on Sunday, he said.

Sharma had earlier announced on social media that she would hold a press conference in Parli on Sunday, where she would reveal some information. As per her announcement, Sharma came to Parli in the afternoon. A heavy deployment of police was put in place around Shree Vaidyanath Mandir area, where she arrived, the official said.

In the complaint, Ghadge said that when she was standing in the area, Sharma came there and abused her over her caste and also pushed down a woman named Bebi Tamboli, who was standing close to her. At that time, one Arun More, who accompanied Sharma, attacked a man named Guddu Tamboli with a knife, Beed Superintendent of Police (SP) Raja Ramaswami said quoting the complaint.

Based on the complaint, a case was registered against Sharma and More under IPC sections 307 (attempt to murder), 323 (voluntarily causing hurt), 504 (intentional insult), 506 (criminal intimidation) and 34 (common intention) and under the SC/ST (Prevention of Atrocities) Act, he said, adding that the duo was arrested.

Meanwhile, police recovered a revolver in Sharma's car during a search, following which her driver was booked and arrested under the Arms Act, the official added.