The national highway between Kolhapur and Belgaum in Karnataka has been shut.
Agencies 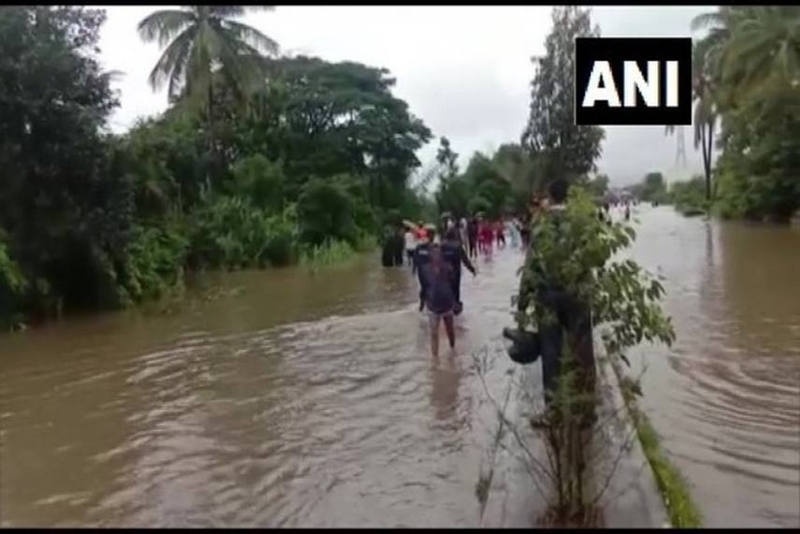 Kolhapur: With incessant rains causing floods in Sangli and Kolhapur in western Maharashtra, the Navy and Air Force were on Tuesday called in to help in the relief and rescue operations; 50,000 people have been evacuated in the two districts thus far, officials said.

The national highway between Kolhapur and Belgaum in Karnataka has been shut. Power supply to over 85,000 consumers in Kolhapur, too, has been suspended as a precautionary measure.

Flood waters have inundated many areas of Kolhapur, including the collector's office, an official said.

FPJ Bureau adds:A flood-like situation continues to prevail in Khed, Chiplun and Rajapur talukas, throwing routine life out of gear, ever since it began raining on August 2.

The Mumbai-Goa highway is closed to vehicular traffic after a tree fell in Poladpur. The supply of vegetables and other essentials, transported through the Ghat has been affected. The Ratna- giri-Kolhapur, Chiplun-Karad routes are closed to traffic.