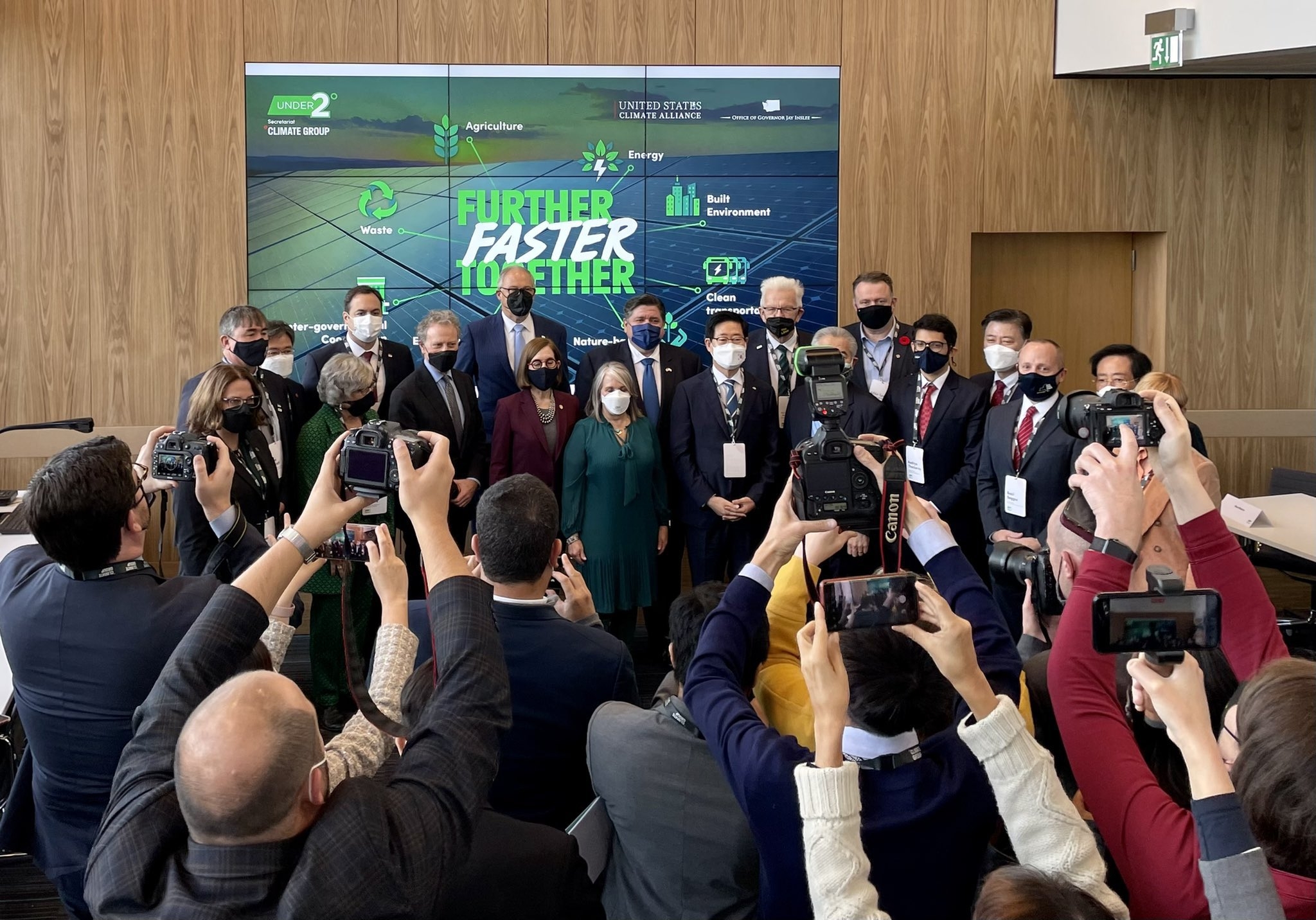 Maharashtra Environment and Tourism Minister Aaditya Thackeray on Monday at the conference of Under2 General Assembly of 260 state governments shared the state’s climate journey so far and reiterated Maharashtra’s commitment to align with the Prime Minister’s ambition to make India net- zero by 2070.

In his speech, Aaditya said that just as developed countries were expected to go net-zero earlier, the same could apply to state governments too.

Aaditya highlighted Maharashtra’s continuing efforts in its battle against climate change and emphasized the growing expenditure of the state (USD 2 billion in just the last year) to tackle climate related disasters. 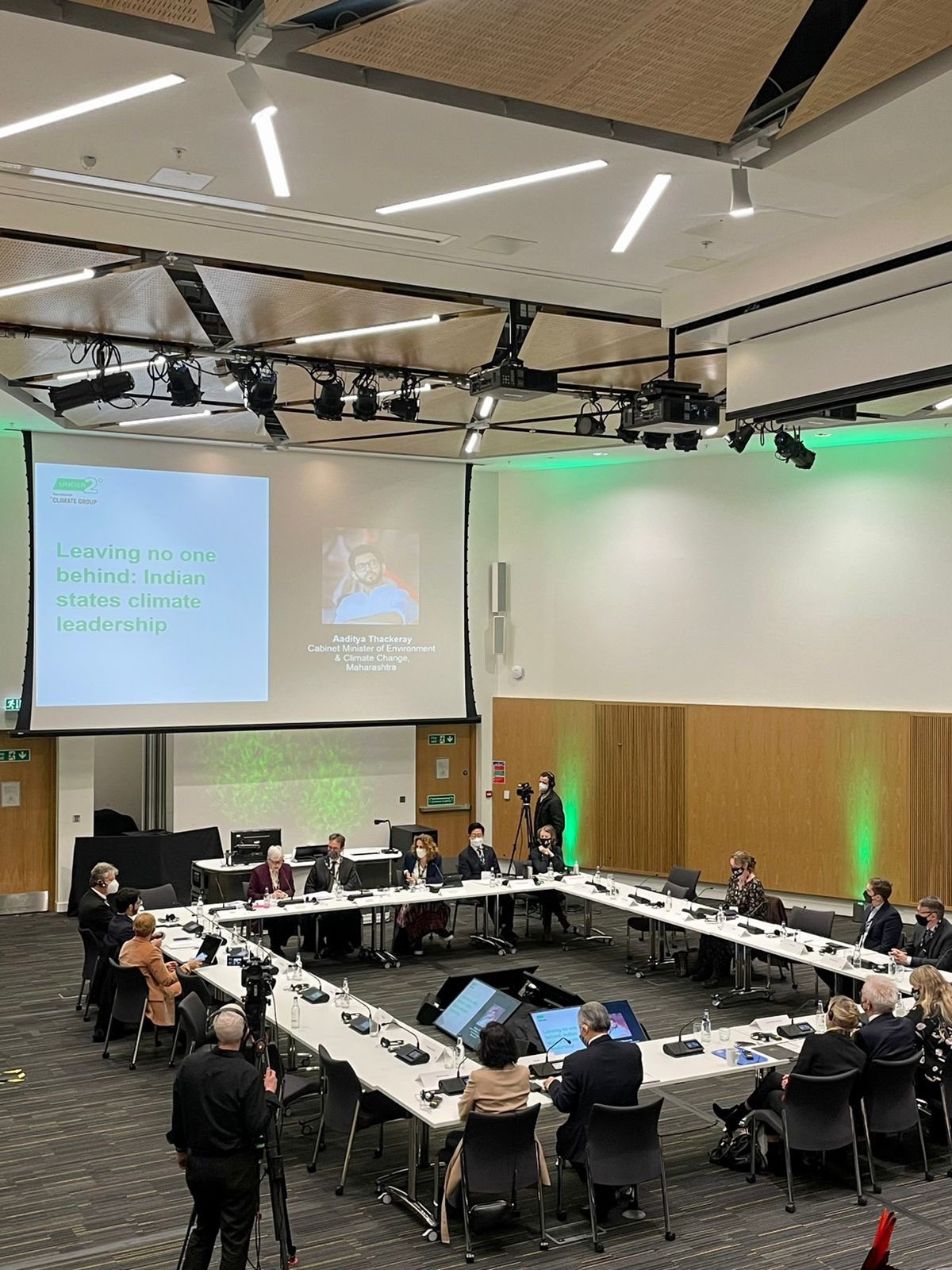 Aaditya highlighted Maharashtra’s continuing efforts in its battle against climate change and emphasized the growing expenditure of the state (USD 2 billion in just the last year) to climate related disasters. | Twitter/@AUThackeray

‘’As India’s most developed state, Maharashtra plans to exceed expectations on the timeline of going carbon neutral. The Prime Minister also highlighted that more advanced economies like the UK, Germany, USA need to go net-zero faster than the emerging world to ensure a just transition and equitable development,’’ said Aaditya.

‘’Similarly, as the most developed and industrialised state of India, Maharashtra is taking the lead to reach net-zero at the earliest, so that the rest of our country has the room to go through rapid industrialisation and then reach net-zero as per our prime minister’s vision,’’ he said. He further added that Maharashtra will inspire confidence in investors and businesses to commit to climate action and to usher in a new era of sustainable development.

Aaditya said the aim is to make Maharashtra a leading example of how climate action and thriving industry can co-exist.

Last evening, Maharashtra also became the first Indian state to receive an award at COP26 for climate action. The award received was for 'Inspiring Regional Leadership' which Aaditya dedicated to the "citizens of Maharashtra" and "climate action ambitions of our great nation."

Further, the state government plans to improve the representation of women in climate change related governance structures and a large-scale restoration of forests and other local indigenous ecosystems.

Aaditya told the gathering that the 43 cities, with a population of 65 million (almost the size of UK) joined the UN's 'Race to Zero' initiative that is working towards a net-zero future, conserved 9,800 hectares of mangroves and wetlands in just one year, and are working to increase this number in the future.

The government has launched the first holistic state-wide climate change mitigation and adaptation program in the world (Majhi Vasundhara) and released a new Electric Vehicle Policy which mandates that from April 2022, all new government vehicles will be electric. 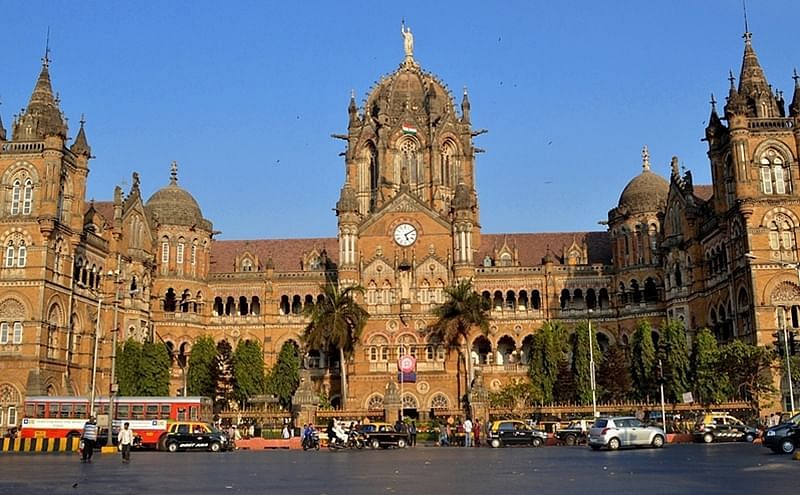