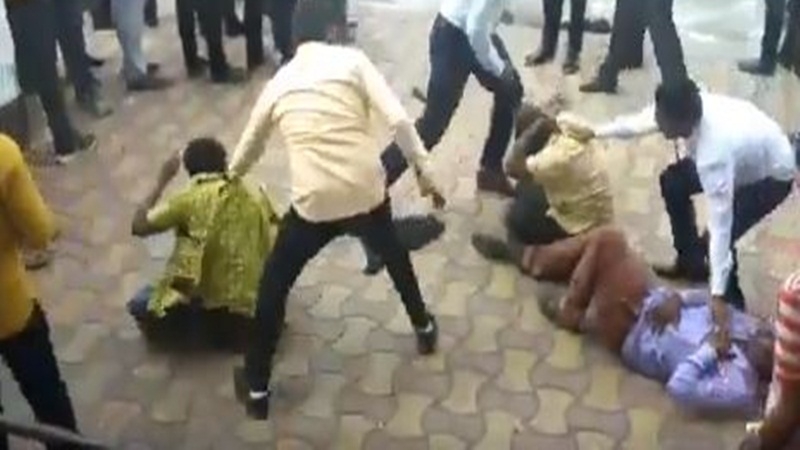 A video was shared on social media in which Maharashtra police personnel in Solapur were allegedly thrashing Congress workers who were protesting against PM Modi. The video was shared by Maharashtra Congress on their Twitter handle in which they alleged that the people being beaten in the video are Congress activists.

The post also alleged that Solapur policemen were beating the activists because they protested against PM Modi, who arrived in Solapur on Wednesday to launch various development projects. Have a look at the video below.

Darkest hour in the history of Indian Democracy !
Police Mercilessly manhandled the protesters who were protesting in a Democratic manner against Prime Minister in Solapur.
This incident is an example of BJP’s anti Democratic mindset.
We condemn the Brutality against Protesters. pic.twitter.com/3ZqmIvAnN6

In the video, police personnel in civil dress are allegedly beating the Youth Congress and National Students Union of India activists, who protested against PM Modi as he arrived in Solapur. The activists shouted slogans of ‘Chowkidaar Chor hai’ and also released black balloons in protest. Radhakrishna Vikhe Patil, the leader of opposition in Maharashtra Assembly criticised the attack on the activists and voiced for strict actions against police officers who were involved in the matter.