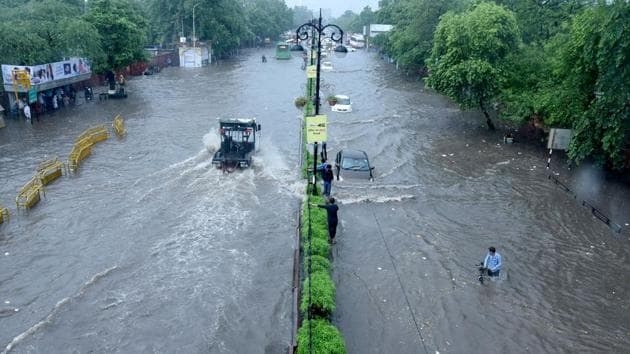 Six persons were swept away in floods amid heavy rainfall in Gondia and Yavatmal districts of Maharashtra's Vidarbha region on Tuesday, an official said.

A group of eight to 10 men had gone to Dhubad ghat area to bathe in Bagh River in Amgaon tehil, where four of them were swept away by strong currents in the afternoon, Gondia district disaster management officer Rajan Choubey said.

A rescue team immediately reached the spot and launched a search operation, which was stopped later due to poor light, the official said.

In a similar incident, two men were swept away when they tried to cross an overflowing bridge at Vasant Nagar on Digras road in Yavatmal, an official said.

The body of one of the victims identified as Gyaneshwar Yadav was fished out, he said.

Thunderstorms with lightning and heavy to light rainfall have been reported in parts of Vidarbha, including Yavatmal and Gondia districts since Monday night.