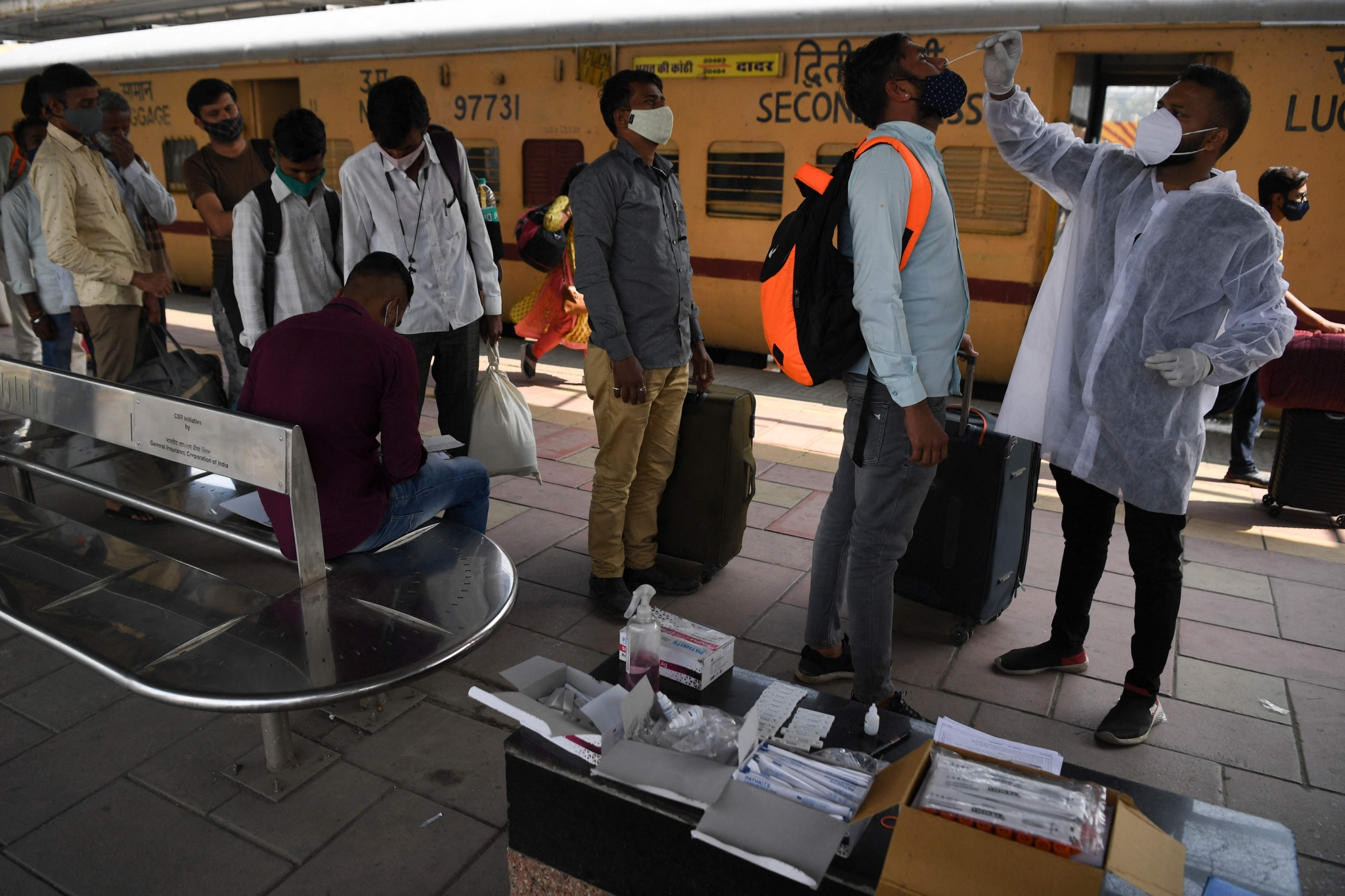 A medical staff (R) takes a swab sample of a man for a reverse transcription polymerase chain reaction (RT-PCR) test during a Covid-19 coronavirus screening as passengers arrive at a railway platform in Mumbai on January 4, 2022. | (Photo by INDRANIL MUKHERJEE / AFP)

Meanwhile, 75 new cases of the Omicron variant of coronavirus were detected in Maharashtra on Tuesday, of which 40 are from Mumbai, nine from Thane Municipal Corporation (TMC), eight from Pune Municipal Corporation (PMC), five from Panvel, three each from Kolhapur and Nagpur, two from Pimpri Chinchwad and one each from Bhivandi Nizampur, Ulhasnagar, Satara, Amravati and Navi Mumbai.

With this, the total number of Omicron cases in the state has jumped to 653.

Of the 653 cases in Maharashtra, 408 are from Mumbai, followed by 71 in Pune Municipal Corporation, 38 in Pimpri Chinchwad, 26 in Pune rural, 22 in Thane, 16 in Panvel, 13 in Nagpur, 10 in Navi Mumbai, 8 in Satara, 7 in Kalyan Dombivali, five each in Osmanabad and Kolhapur, 4 in Vasai Virar, 3 each in Nanded and Bhivandi Nizampur, 2 each in Aurangabad, Buldhana, Mira Bhayandar and Sangli, and 1 each in Latur, Ahmednagar, Akola, Raigad, Ulhasnagar and Amravati.

This includes 26 out of state patients. 9 patients are foreign nationals.

Out of these, 259 cases have been discharged following a negative RT-PCR test.