Maharashtra rains: 11 rescued from bus before it gets swept away in river in Kolhapur 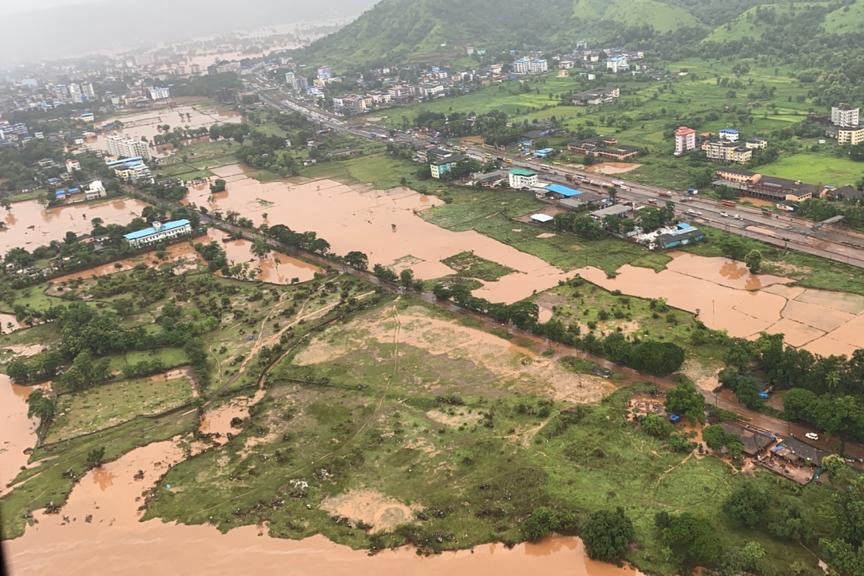 In this handout photo taken on July 23, 2021, by the Indian Navy shows areas inundated with flood water after heavy monsoon rains in Raigad district of Maharashtra | (Photo by - / INDIAN NAVY / AFP)

Eleven people on board a bus had a narrow escape as they were rescued just before the vehicle got washed away into a river in Kolhapur district of Maharashtra early on Friday, police said.

The incident occurred around 2.30 am at Pangire village in Bhudargad tehsil when the bus driver, despite being asked by the police and the PWD personnel not to go ahead, drove the vehicle over a bridge even as the water of the Chikodi river was flowing above it, they said.

"The PWD officials had intercepted the Nashik-bound bus before the bridge. However, its driver did not listen to them and went ahead on the bridge. But the police staff ran towards the bus and evacuated all the 11 people on board," an official from Bhudargad police station said.

The water was flowing with strong force, due to which the bus fell off the bridge and got stuck in water before being swept away by the strong currents, he said.

Kolhapur district guardian minister Satej Patil said instructions have been given to file an offense against the bus driver. 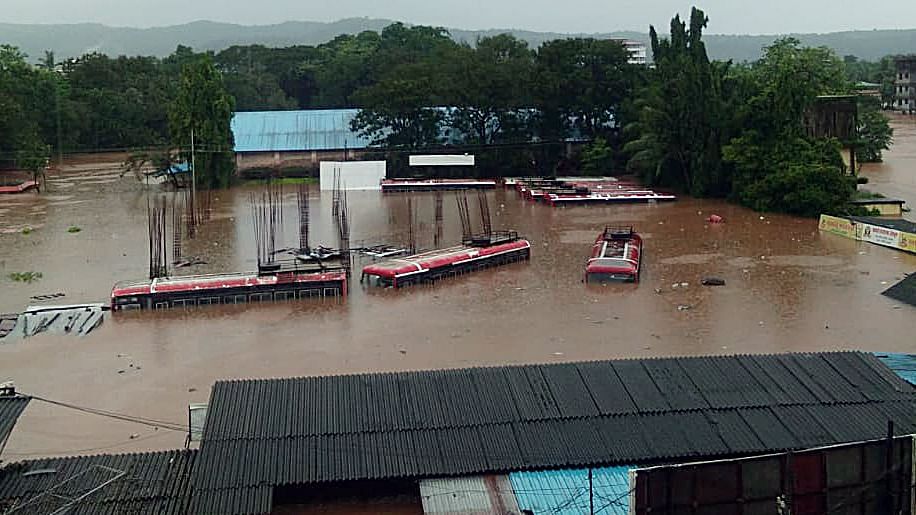