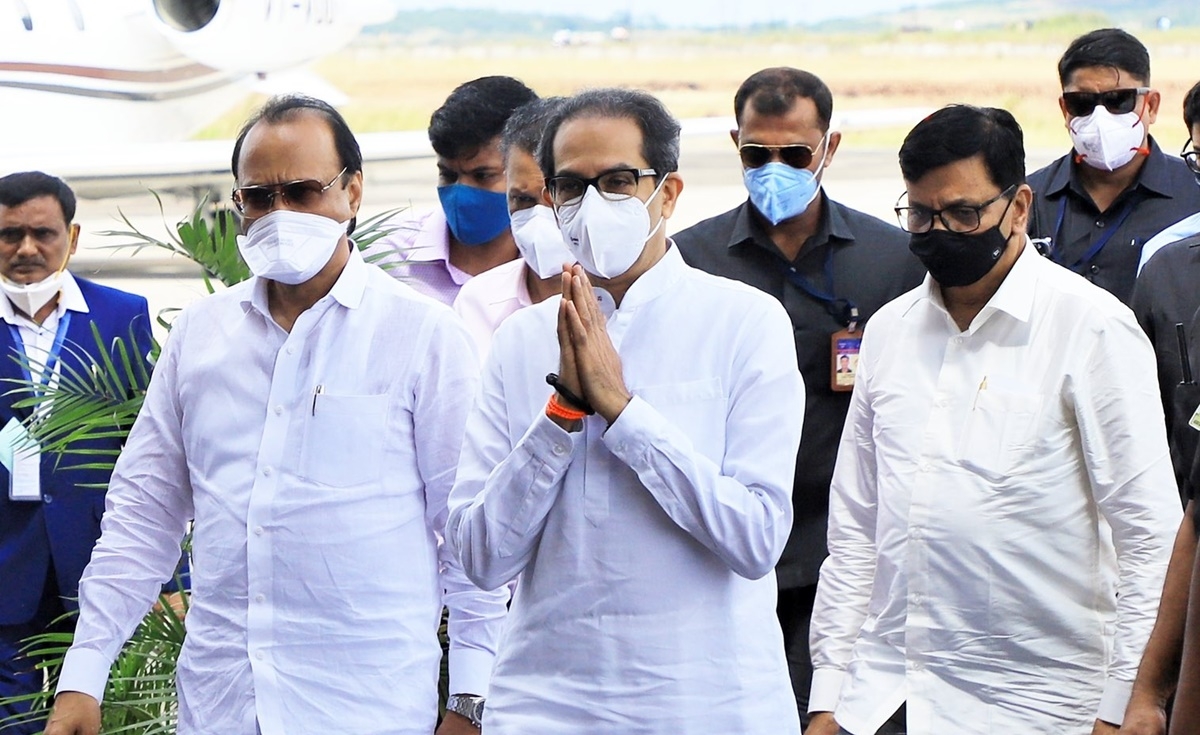 The inauguration of the greenfield Airport at Chipi turned into political slugfest between the Maha Vikas Aghadi partners and the BJP as they took swipe at each other while claiming the credit for the launch of services from the airport. Today’s function also witnessed two arch rivals – Shiv Sena President and Chief Minister Uddhav Thackeray and Union Minister Narayan Rane – sharing dais especially days after the latter’s arrest.

Rane, who was sulking for printing his name third in the chronology and that too in small fonts on the invitation card, took a dig at Thackeray saying that it was because of his efforts since 1990 the airport has finally become a reality. Rane, who hails from Sindhudurg, listed out the work done by him since he was elected as an MLA from the district for the first time in 1990. He criticised the Shiv Sena for obstructing the development works in Sindhudurg district.

Rane said it was due to his efforts that Konkan got an infrastructure boost. Taking a jibe at Thackeray, Rane said the late Shiv Sena supremo never liked people lying.

On his part Thackeray reminded Rane that party supremo Bal Thackeray had expelled him from Shiv Sena for lying. Thackeray said there are a couple of forts built by Chhatrapati Shivaji in Sindhudurg and without naming Rane he taunted the Union minister should not take credit for the same.

Thackeray said, "Balasahab did not like lying. So, several times, such people were kicked out of the Shiv Sena. Bal Thackeray would say even if the truth is bitter, please say it."

"As per my understanding, Sindhudurg fort was built by Shivaji Maharaj or someone will say I did it," Thackeray said, apparently taking an aim at Rane over his comment that all the infrastructure boost the region received was due to him.

"You (Rane) are a minister. So, what if it is micro and small, but it is an important portfolio and you will use it to benefit Maharashtra," the CM said. Thackeray said there should be a heliport at Chipi, which can be used for tourism.

CM said, "This is a moment of joy; not throwing tantrums. When something good happens, we have a tradition of applying a black mark to ward off evil. Some people here are like that black mark."

DCM Ajit Pawar also took a dig at Rane saying that credit for launching the airport goes to all and not to any individual.

Civil Aviation Minister Jyotiraditya Scindia, who spoke in Marathi, said thanks to this airport, a distance of 530 kms from Mumbai can now be covered in 50 minutes only. He said that in the coming years, he plans to connect Chipi with Bengaluru, Hyderabad, Kolkata and other major cities, and added that he plans to start 20-25 flights to Chipi in the next five years.

State Tourism Minister Aaditya Thackeray said all efforts will be made to promote tourism in the Konkan along with conserving the environment.