Healthcare officials attributed this to the drop in COVID-19 cases and negligence of people and to the several misconceptions related to vaccines.

As per the data provided by the State Health Department, 1.64 crore missed the second dose of COVID-19 vaccine until March 2. Of which 1.28 crore have missed the second dose of Covishield, while 36.03 lakh gave Covaxin a miss. However, so far 71.20 per cent of the people across the state have taken both doses of vaccine. Healthcare officials attributed this to the drop in covid cases and negligence of people and to the several misconceptions related to vaccines. State immunisation officials said they have been taking several efforts to create awareness related to covid vaccine and reaching houses in each district to motivate people for the second dose but still the results are not good. Meanwhile they have also made a list of beneficiaries whose second dose is still pending and it has been circulated in each district.

Dr Pradip Awate, State surveillance officer said during the third wave of infections, a large number of unvaccinated and partially vaccinated people contracted Covid-19, and they have now postponed their inoculation. They are expecting that in the next one month, the daily vaccination will increase once the infected individuals become eligible to get the jab.

“Due to the declining trend in the Omicron wave, many people believe there is no urgency to take the Covid vaccine. We are promoting vaccination widely as it has emerged as the main reason for a milder wave. There is evidence emerging from across the world that fully vaccinated people had milder disease as compared to unvaccinated ones,” said Dr Awate.

Public health officers attribute the drop in vaccination to saturation in the Covid-19 immunisation programme and lackadaisical behavior of the citizens amid the drop in the covid cases due to which beneficiaries are not willing to take vaccines. “We are hardly getting new beneficiaries. Due to the time gap of 84 days, the public are waiting for their second doses. Other than that, booster shots and vaccination among the younger population are the biggest contributors to the latest vaccination tally,” said a district health officer.

Dr Archana Patil, joint director, Directorate of Health and Services (DHS), said healthcare officials were encouraging those who have missed the second dose of the vaccine to get fully jabbed. Calls are being made to them and special camps are being organised in the vicinity of their areas to increase vaccination coverage, resulting in the increase in the number of vaccinations in the past couple of days.

“There are several misconceptions about vaccines. We need to create awareness about vaccination so that the number of people jabbed should increase daily. Earlier, when the pandemic curve was at its peak, people were eager to take the vaccines. We were running out of vials within 24 hours. Now, when we have the vials, the turnout is less,” Patil said. 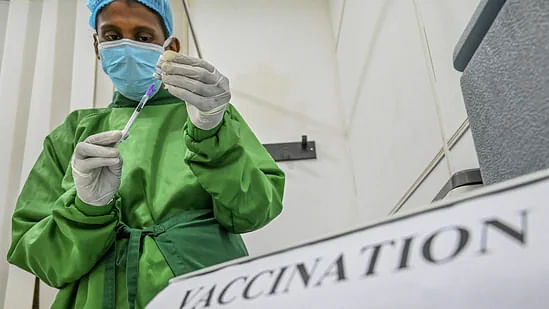