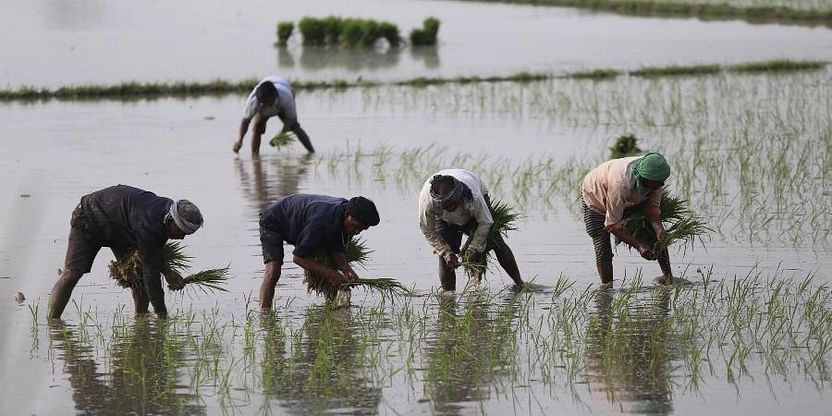 More than 58 lakh farmers have so far registered themselves with the Maharashtra government's mobile application pertaining to crop survey, and cultivators from some districts have listed details of over 350 crops being grown during the kharif season, an official said.

The 'e-Peek Pahani' app is a facility recently developed by the state government with the help of the Tata Trust to allow farmers to upload details of their crops. This helps the government understand about the crops being grown and the exact area under cultivation in the state.

Such database gives an idea about the estimated production of food grains, oil seeds and cash crops. Based on it, import-export policies or decisions related to it can be made, the revenue department official said.

The area under kharif cultivation in Maharashtra is 1,49,73,625 hectare, of which crop details on 62,82,494 hectare have been registered on the app since August 15 this year.

Details of another 6,35,383 hectare of agricultural land have also registered with the app under the 'whole year' category, which pertains to farmers who take more than one crop cultivation in a year, the official said.

The government expects farmers to upload season-wise crop information, which will provide an accurate data about area under cultivation for every crop, he said.

Earlier, there was an approximate estimation as information collection was a manual process and it was impossible for revenue officials to gather so much data more than once a year, the official said.

Besides, farmers from Nashik district have registered 384 different crops to be cultivated this year, followed by 372 in Ahmednagar and 370 in Pune district.

"As per the information shared by farmers on the app, 24.34 lakh hectare area is under soyabean cultivation, the highest so far. The cotton cultivation is being taken up on 15.94 lakh hectare, while rice is grown on 9.39 lakh hectare of land," the official said.

There has been less response on the app from farmers of the western Maharashtra and Konkan, as compared to cultivators from the Marathwada and Vidarbha regions, as per the data.