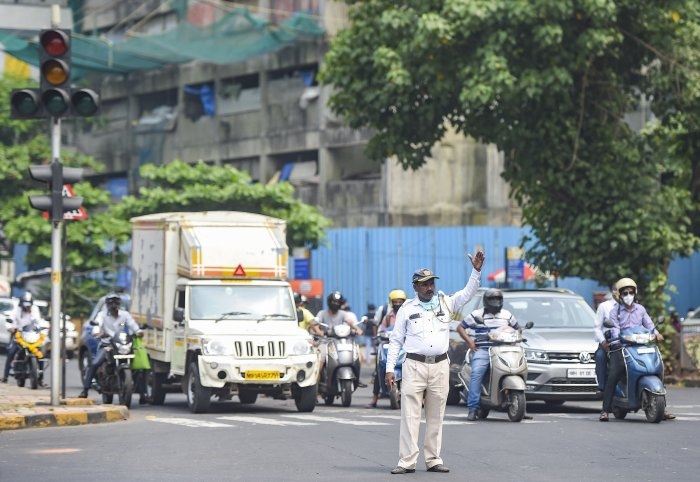 A 48-year-old traffic policeman was rewarded for his dedication after a senior official spotted him single-handedly managing traffic at a busy junction even as heavy rains pounded the area in Maharashtra's Nanded city, an official said on Wednesday.

Traffic policeman Ashok Wadewale got a pleasant surprise when he received a cash reward of Rs 10,000 from the department for single-handedly regulating traffic on Sathe Chowk, a crowded junction that sees heavy vehicular movement on all days.

Deputy Inspector General of Police Nisar Tamboli was on his usual rounds on his two-wheeler, when he spotted Wadewale at Sathe Chowk on Monday evening, the official said.

After seeing the policeman manning the busy junction alone amid heavy rains, the senior official recommended that he be awarded a prize of Rs 10,000, he said.

Talking to PTI, Wadewale said, "I was unaware that such a senior official had seen my work while riding a motorcycle. I was on duty at Sathe Chowk from 2 pm to 9 pm on Monday. The square is so busy that the traffic here sometimes cannot be controlled by one person. But I was doing my best." The policeman was worried when the Deputy IG called him to his office the next day.

"I was a little worried, but after reaching the office, I found out the reason and was relieved. I perform my duty with complete honesty," said Wadewale, who has completed 28 years in the police force and has been serving the traffic branch in Nanded since 2017.