JTBS operators write to the CM requesting permission to resume operations; officials say there’s no way to check if they can give tickets to fully-vaccinated people
Shashank Rao 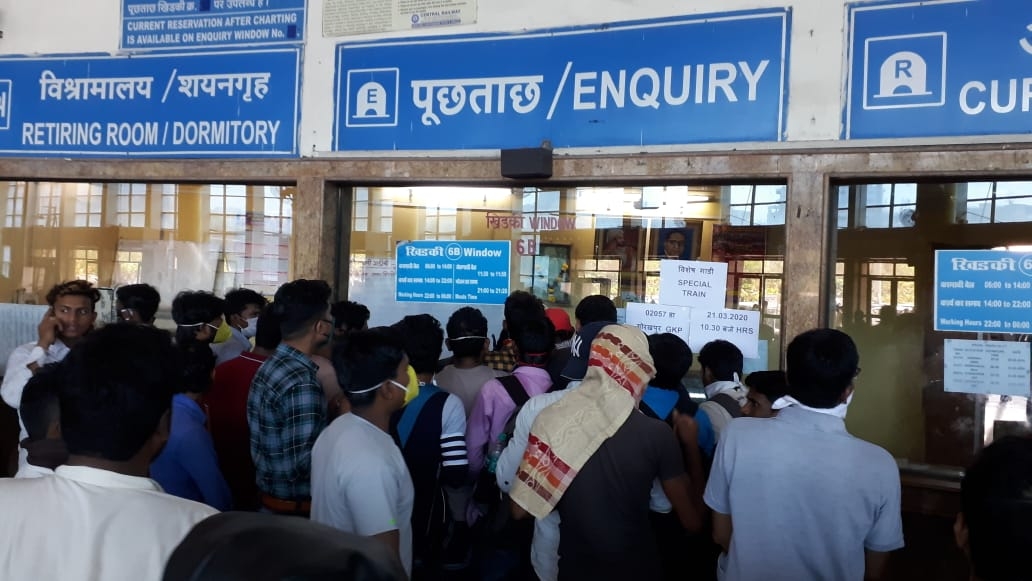 Daily ticket and season pass queues have steadily been becoming longer, even as the UTS app is live for suburban ticketing. However, still off-track are the two other options for buying tickets – the Jan Sadharan Ticket Booking Seva (JTBS) scheme wherein local shopkeepers are allowed to sell suburban train tickets; and the Automatic Ticket Vending Machines (ATVMs).

The association representing JTBS operators has now written to Chief Minister Uddhav Thackeray and the general managers of Central and Western Railway (CR, WR), urging them to restart the outlets. They have claimed that with long queues at stations during the pandemic, they can help service the commuters.

The letter by ND Deshmukh, president of Akhil Maharashtra JTBS Sangh, states that lockdown restrictions have been lifted and the economic activity all over is picking up, including the ridership of trains. With this, there is overcrowding at ticket counters and it takes anywhere between 10 and 30 minutes to get a ticket.

In this scenario, the JTBS Sangh has requested permission to restart their ticketing operations. The railway administration, however, said that JTBS operators, unlike the UTS Mobile App, cannot check the vaccination status of commuters. “UTS app is linked to Cowin app. Until there is a way to ensure and monitor that JTBS operators are selling train tickets to genuine passengers, it will not be opened for public use,” a railway official said.

The city and the metropolitan region has around 250- 300 odd JTBS centres, which have been rendered jobless since the first lockdown in March 2020. Many of these operators, in fact, have dumped their ticket booking machines as deteriorated and rusted assets.

Kamlesh Bhat from Thane, who was earlier a JTBS operator and was running a small shop, said he has been severely affected financially through the pandemic and that the government should allow his ilk to restart selling local train tickets. He said for many it’s a hand-to mouth situation.