Hold on to Marathi culture of chawls even after you move into high-rises, CM, Pawar tell BDD Chawl residents

Mumbai: The Maharashtra government has set an ambitious target – that of the completion of redevelopment of BDD Chawls at Worli in south-central Mumbai in 36 months. This was announced on Sunday, on the occasion of the foundation stone-laying ceremony by Chief Minister Uddhav Thackeray and NCP Chief Sharad Pawar. For the Shiv Sena-led MVA government, the function was to showcase its commitment to provide free homes in the heart of the Mumbai to the ‘Marathi Manoos’ in particular, ahead of the ensuing BMC elections. Also, this was a message to its erstwhile partner BJP -- what the latter had not done in four years despite a groundbreaking function, the Sena was now accomplishing with its new partners, the NCP and the Congress.

Thackeray urged the residents to preserve Marathi culture of chawls even after they moved into their new, high-rise abodes. He called upon the beneficiaries of the chawls redevelopment project to not fall prey to allurement once the project was over. “Marathi culture must be protected in the redeveloped construction at any cost, as the chawls had a historic legacy, where revolutionaries had laid down their lives and also bore witness to the Samyukta Maharashtra movement,” he exhorted.

Pawar too called upon the residents to not sell the flats but continue living in their new homes to protect the legacy of BDD Chawls. “The legacy of BDD Chawls should be protected and the Marathi-speaking people must stay back in the redeveloped houses which will be given as part of the project being overseen by Maharashtra Housing and Area Development Authority (MHADA),” he said.

Pawar praised Thackeray for the efficient handling of the coronavirus pandemic and the recent floods in several parts of the state caused by torrential rains.

State Revenue Minister Balasaheb Thorat pointed out that despite natural calamities, the MVA government had not allowed development work to suffer or be stalled.

Housing Minister Jitendra Awhad termed the occasion as ‘historic’ and announced that the department had accepted almost all the demands of the residents and hoped that the redevelopment would be completed in a time-bound manner.

The BDD Chawls are located at Worli, NM Joshi Marg, Parel and Naigaum. As per the proposed redevelopment plan for 195 chawls situated on 34.05 hectares of government land at Worli, the government will provide 500 sq ft of housing units free of cost on ownership basis to eligible unit holders. Slum dwellers will get housing units of 269 sq ft each. In addition to the rehabilitation of these existing 15,592 units, nearly 8,120 housing units will be constructed under the sale category.

During the redevelopment, unit holders will be shifted to transit camps. In addition, the government will provide homes to 2,900 police personnel staying in the BDD chawls at Worli from before 2010.

At Naigaum, 22-storey buildings will be constructed to rehabilitate 3,444 unit holders. Buildings that will house saleable units will be 40-storeyed. 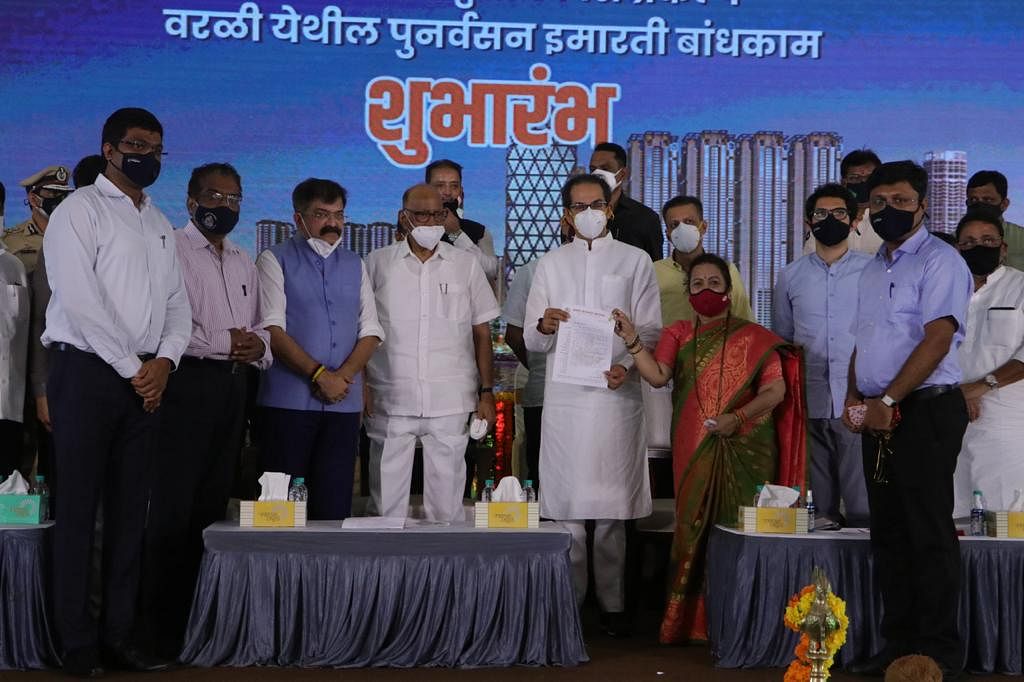