HomeMumbaiMaharashtra government ‘on ventilator’, may not see February: Sanjay Raut

Maharashtra government ‘on ventilator’, may not see February: Sanjay Raut

Sanjay Raut told media persons that after the Supreme Court verdict, 16 MLAs of the Balasahebanchi Shiv Sena (BSS) will be disqualified and the government will collapse as it is illegal and unconstitutional.

Mounting another blistering attack on Maharashtra’s Eknath Shinde government, Shiv Sena-UBT MP Sanjay Raut on Saturday claimed here that it is “on a ventilator” and would not even survive to see February.

Raut told media persons that after the Supreme Court verdict, 16 MLAs of the Balasahebanchi Shiv Sena (BSS) will be disqualified and the government will collapse as it is illegal and unconstitutional.

“There will be a change very soon… They are only extending the date of their death. Entire Maharashtra is with the Shiv Sena-UBT which is like a giant tree and only the rubbish has gone over to the BSS,” Raut said, referring to the spate of defections from his party to the Shinde side in recent weeks. Hitting out at Shinde’s “puppet regime”, the Sena-UBT chief spokesperson said that everyday corruption cases against various ministers are coming to the fore, but the government is unaffected and “like a thick-skinned rhinoceros”.

“In the past, if there were any corruption allegations against ministers or the CM, or they faced court strictures, they would immediately resign, like A.R. Antulay or Shvajirao Patil-Nilangekar had done. Now, even when half a dozen ministers have graft cases against them, they are sitting tight like buffaloes in the water,” Raut said. Referring to the statements made by Union MSME Minister Narayan Rane and BSS Minister Deepak Kesarkar that Raut is laying the ground for going back to jail, he hit back, warning them against making such threats.

“Don’t threaten us. The central probe agencies are being misused against the Opposition parties. Simply because you are in government doesn’t mean you are the law,” warned Raut.

Calling Rane a “helpless man” who has changed many parties, Rane said now he’s defaming Sena-UBT President Uddhav Thackeray, his son Aditya Thackeray and others in foul language, “but you cannot damage us”.

Countering, Raut issued a dark warning that if he ever exposed Rane’s dealings, “then he (Rane) will go to jail for 50 years”, and said the BJP leader should not force him to speak out.

“As far as I know, Rane will cease to be a minister soon… his performance is a big zero and he is a scared (‘darrpok’) person, that’s why he is creating this ruckus. I have never met him after he left (Shiv Sena, in 2005) the party,” Raut declared dismissively. 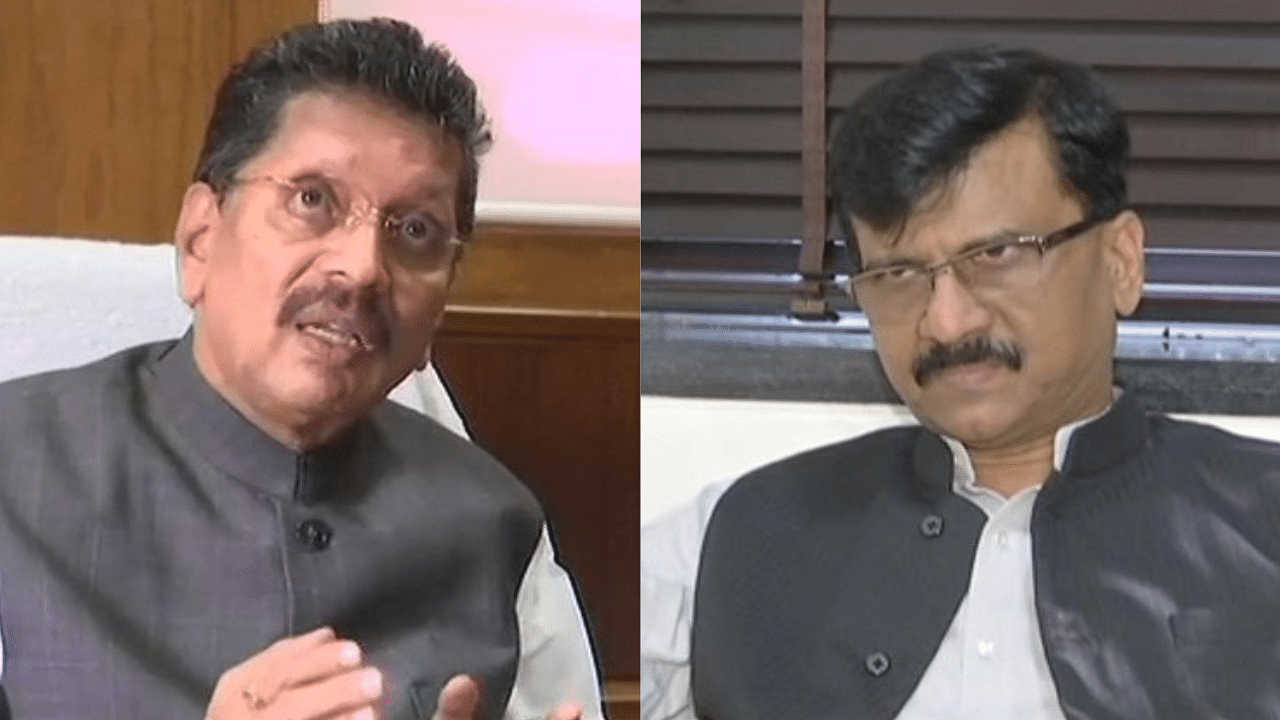