Maharashtra Floods: Over 4,000 hectares of land damaged in Raigad

Mahad, Poladpur and Karjat talukas were worst affected by the floods
PTI 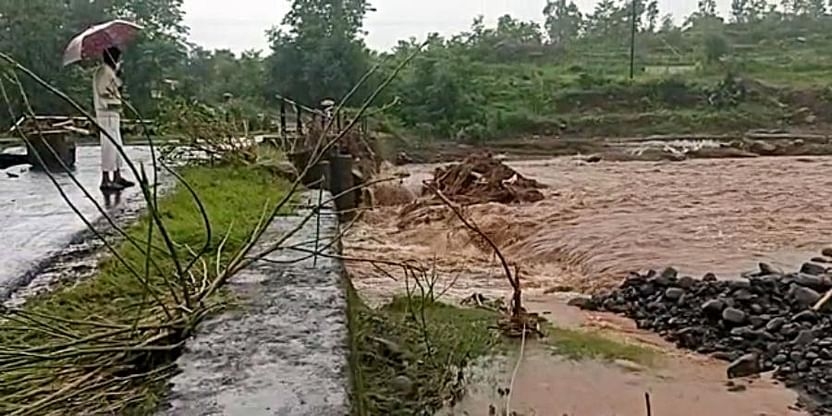 More than 4,000 hectares of land has been damaged due to heavy rains and the resultant floods that hit Maharashtra's Raigad district last month, an official from the district agriculture department said on Tuesday.

According to the agriculture department of Raigad, 4,171 hectares of agricultural land used for paddy cultivation was damaged during the heavy rainfall and floods on July 21 and 22.

At least 16,171 farmers from 1,105 villages suffered damages, the official said, adding that Mahad, Poladpur and Karjat talukas were worst affected by the calamity.

As per the panchanama done by the department, the total loss is of Rs 2.87 lakh crore, he said.

A total of 1,738 farmers have suffered losses to the tune of Rs 44.75 lakh in Poladpur taluka, which received 600 mm rains in two days, he said.