Even as the Bharatiya Janata Party (BJP) faced a major embarrassment at the hustings, barely crossing the 100-mark, down from 122 in 2014,
Dhaval Kulkarni 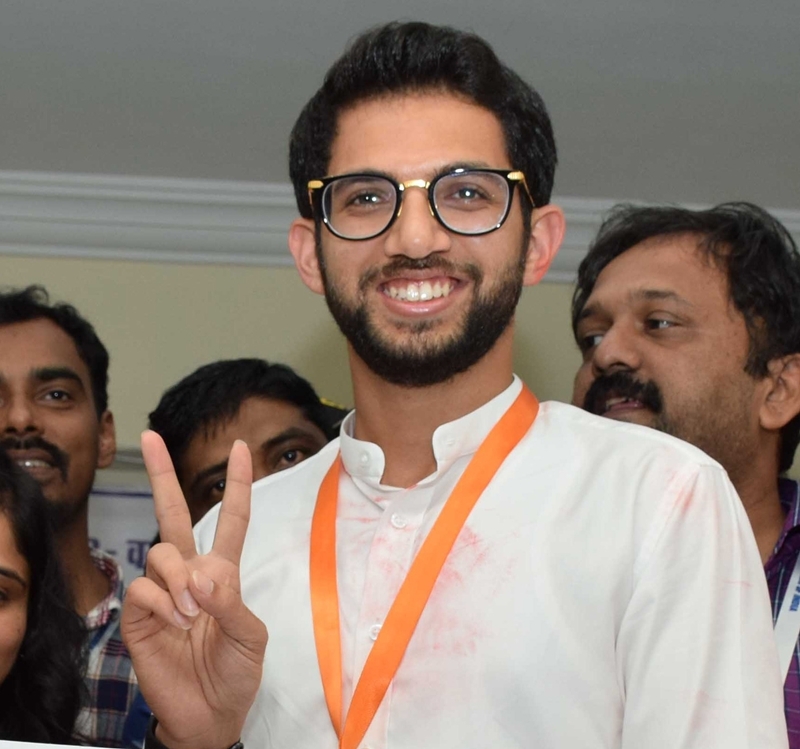 .If you can trust yourself when all men doubt you, but make allowance for their doubting too…-‘If’ by Rudyard Kipling

Even as the Bharatiya Janata Party (BJP) faced a major embarrassment at the hustings, barely crossing the 100-mark, down from 122 in 2014, the Shiv Sena largely managed to hold its own, despite the prediction of most political pundits.

The Shiv Sena will be the party to watch out for in the next five years, as it undergoes a major transition and its line of succession is rolled out. Despite its electoral success and an emergence as a king-maker, the Sena also faces the challenge of adapting its politics to the changing social, economic and political landscape in Maharashtra, especially in the Mumbai-Thane region, which forms its core base.

In 2014, the Sena received a rude jolt from its then junior ally, the BJP, which snapped ties with it abruptly, just before the state assembly polls and rode the Narendra Modi wave to emerge as the single-largest party.

The Sena, which feared poaching of its ranks, had no option but to make a transition to the treasury benches by joining the Devendra Fadnavis-led government, after a brief stint as the principal opposition party. But unable to reconcile to its new role as the junior ally in the saffron alliance, which it had hitherto dominated, for 25 years, it continued to play the role of the opposition while being in the government.

Now, with Sena leaders gloating at their new-found position as a ‘king-makers,’ the party has a chance to avenge its ‘humiliation’ by the BJP in the preceding five years. However, they claim, when it comes to making a choice, the Sena would rather settle for the BJP rather than the Congress-NCP, as the Sena and BJP are ‘natural allies.’

Hedging its bets on the BJP emerging as a depleted force in the Lok Sabha polls, the Sena buried its resolve to contest the election alone. Contrary to expectations, Modi secured a stronger mandate, putting paid to the expectations of the Sena, which felt it could bargain for the chief minister’s post in return for its support at the Centre.

The Shiv Sena was also forced to settle for just 124 of the 288 assembly seats, in contrast to the 50:50 formula announced at the time of formalising the Lok Sabha alliance.

While most political pundits claimed Sena president Uddhav Thackeray had eaten humble pie by accepting a subservient position to the BJP, the Sena’s gamble seems to have paid off. For one, it was was able to hold on to its committed vote base, while drawing auxiliary votes from its alliance with the BJP. The anti-incumbency seems to have rubbed off more on the BJP than the Sena, with voters ‘punishing’ the BJP, perceived as ‘high-handed.’

On Thursday, Yuva Sena chief and Uddhav’s elder son Aaditya Thackeray, 29, became the first from his family to successfully seek public office by being elected to the state assembly from Worli in Mumbai.

That Aaditya would come out with flying colours was a foregone conclusion, with the opposition Congress- NCP barely putting up a pretence of a fight for the seat, choosing the little-known Suresh Mane, a former Bahujan Samaj Party (BSP) leader as its candidate.

In the ecosystem of political dynasties, the Thackeray clan was an outlier as none of its family had never contested a public election, unlike the Yadavs and Karunanidhis. When the Shiv Sena-BJP government came to power in 1995, the Sena supremo, late Bal Thackeray did not lead the government, choosing Manohar Joshi to be Maharashtra’s first non-Congress chief minister.

However, this diarchy of power caused its own complications, leading to Joshi’s replacement by Narayan Rane. In 2005, Rane rebelled against Uddhav and joined the Congress, and for a while, created the most potential existential threat for the Sena.

Hence, Aaditya’s electoral foray has a significance—it formalises the line of succession and also makes it clear than if the party gets a shot at the chief minister or deputy chief minister’s post, a member of the Thackeray family will occupy it.

However, this is the least of challenges before Aaditya.

Considering the cusp where the Sena is poised, and its difficult relationship with ally BJP, Aaditya, whose election marks the beginning of a formal leadership transition, has a lot to contend with. For Aaditya, and the 53-year old Shiv Sena, founded by his grandfather and party supremo late Bal Thackeray, the real challenge begins now, as it has to stave off a challenge from ally BJP and the invigorated opposition Congress and the NCP, especially for the control of the cash-rich BMC, the nucleus of the Sena’s politics.

Aaditya may also have to contend with some organic, mass leaders in the Sena, who may feel their ambitions have been nipped in the bud with his electoral emergence. With other dynasts like Rohit Pawar and Dheeraj Deshmukh too entering the house, comparisons, though odious, will be imperative.

As the party’s heir apparent, Aaditya will also have to face a demographic reality--the falling numbers of Maharashtrians, its core vote base, in a fast-changing Mumbai. By reaching out to a multi-lingual electorate, Aaditya and the Sena will also have hold on to their core voters, while creating an auxiliary constituency at a time, when the interests of these segments clash.

Though the image of the convent-educated, cosmopolitan Aaditya sits in dissonance with the demorapic composition of the Shiv Sena, the party holds little appeal for the growing number of non-Maharashtrians, who are not their natural voters.

That this will be a tough balancing act to strike was clear when the Sena and Aaditya faced flak over posters in Gujarati put up in Worli and Aaditya’s appearance in a lungi to reach out to his south Indian constituents.

The Shiv Sena, which has chosen to focus largely on the issue of linguistic and identity politics, has little to offer to the aspirational Marathi youth from the middle and lower-middle class, who are looked upon as a constituency by the BJP, with its projection of development and Hindutva.

“There are more things in heaven and earth, Horatio,” wrote Shakespeare in Hamlet, “than are dreamt of in your philosophy.”

As the heir apparent, Aaditya’s challenge would be to recast this political philosophy of his party.

(The writer is a senior journalist and author of ‘The Cousins Thackeray: Uddhav, Raj and the Shadow of Their Senas’)