NOTA is the second choice in Latur Rural Assembly seat, behind only Congress’ Dhiraj Deshmukh 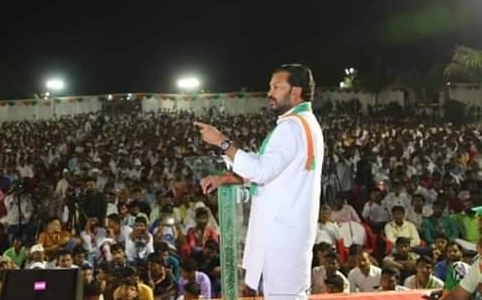 In what is probably the first of its kind event in the polls, None of The Above (NOTA) was the second most popular choice among voters in the Latur Rural Assembly seat. It drew 19,133 votes, which was lower than only the winning candidate – Dhiraj Deshmukh, son of former Maharashtra Chief Minister late Vilasrao Deshmukh. He managed to secure 1.3 lakh votes or a massive 75.10% of the total vote share.

Votes to NOTA formed 13.06% of the total votes, which means that it effectively defeated candidates from Shiv Sena and Vanchit Bahujan Aghadi. To put the figure into context, NOTA votes comprised of 13.06% of the total votes, which was more than 'Sachin' Ravi Ramraje Deshmukh of the Sena’s 4.73% and Done Manchakrao Baliram of the VBA’s 4.94% combined.

Latur Rural seat is part of the Marathwada region and Latur district of Maharashtra. The literacy level for this particular district is a healthy 77.26%

Dhiraj Vilasrao Deshmukh was contesting this seat for the first time. The 36-year-old previously stood and won from the Ekurga, Latur in the Maharashtra Zilla Parishad elections of 2017.