The Indian Coast Guard on Wednesday rescued ten fishermen who were stranded at sea after their fishing boat suffered an engine failure amidst the ongoing downpour.

According to Coast Guard officials, the Maritime Rescue Coordination Centre in Mumbai received information early on Wednesday morning about the fishing boat, Hareshwari, being stranded off the Murud Janjira coast in Maharashtra. 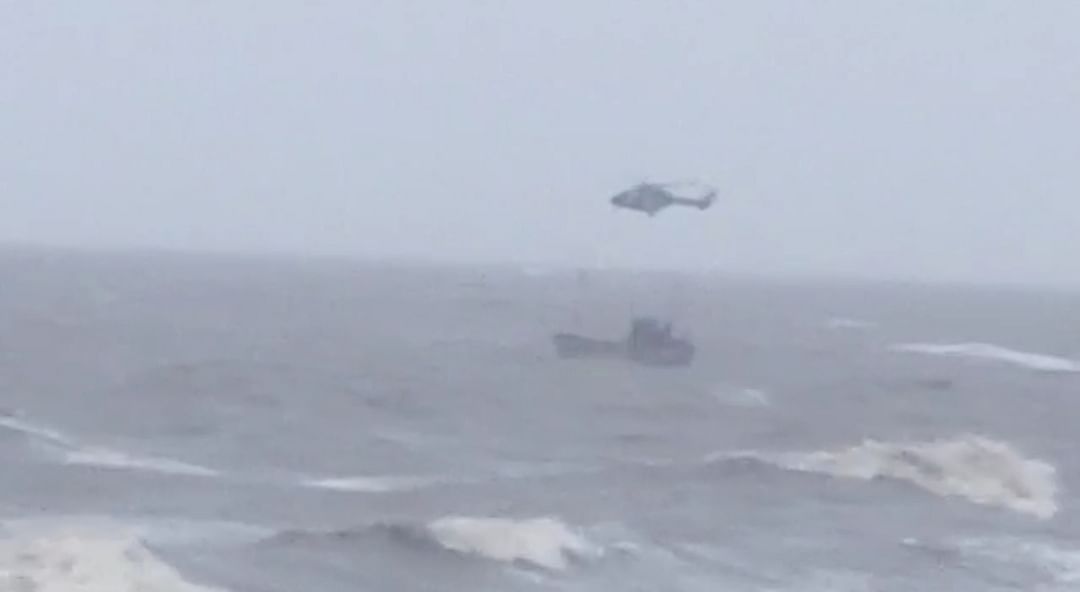 The Hareshwari had suffered an engine failure and was drifting towards the shore, putting the lives of its ten crew members in danger. The risk was heightened due to the very rough weather conditions at sea on Wednesday. The India Meteorological Department has issued a Red Alert for several parts of Maharashtra.

“The Coast Guard Ship Agrim from Murud Janjira was immediately tasked to ensure safety of the stranded crew and simultaneously, a Coast Guard helicopter from Ratnagiri was tasked with augmenting the Search and Rescue efforts,” said a Coast Guard official.

Both rescue units reached the spot immediately, and, in a daring move, a diver was winched down into the water from the helicopter, close to the boat. Subsequently guide line was tied to the boat and the helicopter winched up all the ten fishermen to safety. They were taken to a nearby village and handed over to the charge of the village Teshildar for medical attention and other necessary procedure, officials said.