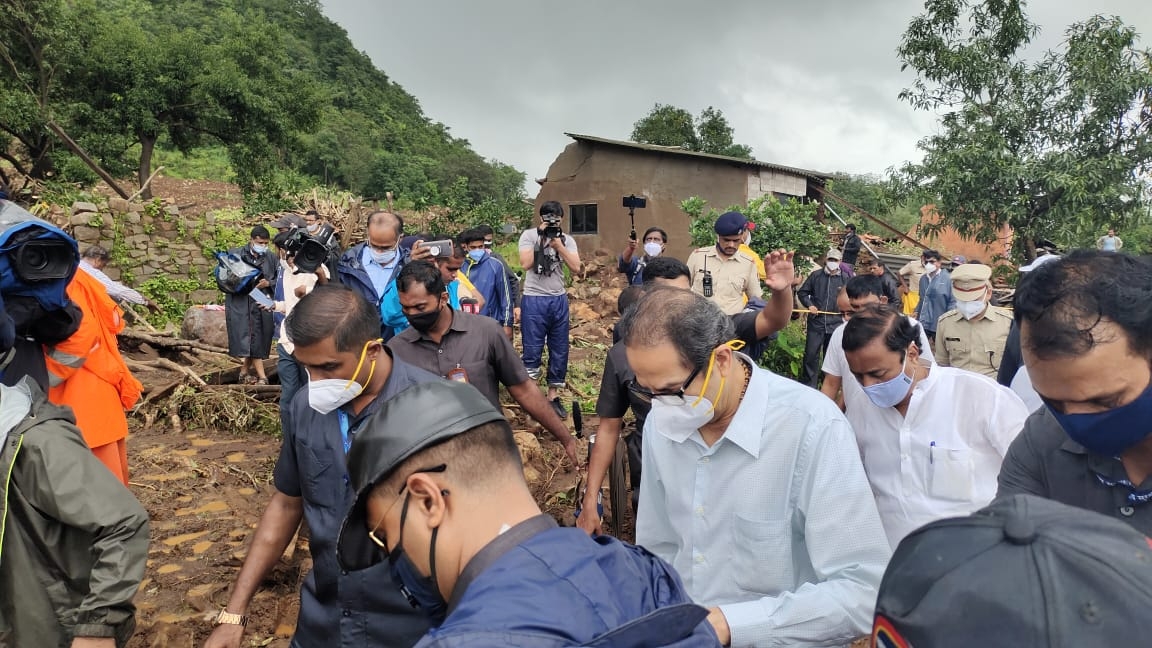 Mumbai: Chief Minister Uddhav Thackeray on Saturday visited the Taliye village in Raigad district where so far 49 bodies were recovered from the landslide. He announced that the state government will prepare a plan to permanently shift and relocate the people residing on the hill slopes to avoid similar incidents in future and also chalk out a master plan for the management of water in various parts of the state especially in Western Maharashtra which witness floods due to overflow of rivers following torrential rains.

‘’You recover from grief, we will take care of the rest,’’ Thackeray told the villagers. ‘’You have faced a major tragedy. Hence, right now, you just need to take care of yourself. Leave the rest to the Government. We will ensure that everyone is rehabilitated and compensated for their losses,’’ said the chief minister who was accompanied by urban development minister Eknath Shide, Transport Minister Anil Parab, NCP MP Sunil Tatkare, minister of state for industry Aditi Tatkare and the Chief Secretary Sitaram Kunte.

"Nowadays even the rainy season starts with a hurricane. In view of such incidents (of landslide), people living on hill slopes and hilly areas would be shifted and relocated. A plan would be made to shift small settlements from such places," he said. He noted that a water plan will be prepared to mitigate the floods that occur due to rising river water during monsoon in Western Maharashtra.

Apart from Taliye village, major landslides have occurred at least at five other places in the state during the torrential rains in the last couple of days.

Thackeray said the state government will expedite the process of rehabilitation and compensation of the flood-affected people. The incessant rains had severely damaged Raigad and Ratnagiri districts. The chief minister assured all assistance to the victims and relatives of those who lost their lives during floods.

CM said the state government is receiving all the possible cooperation from the Central agencies including the Army, Navy ad Air Force in carrying out rescue and relief operations in flood-hit districts. 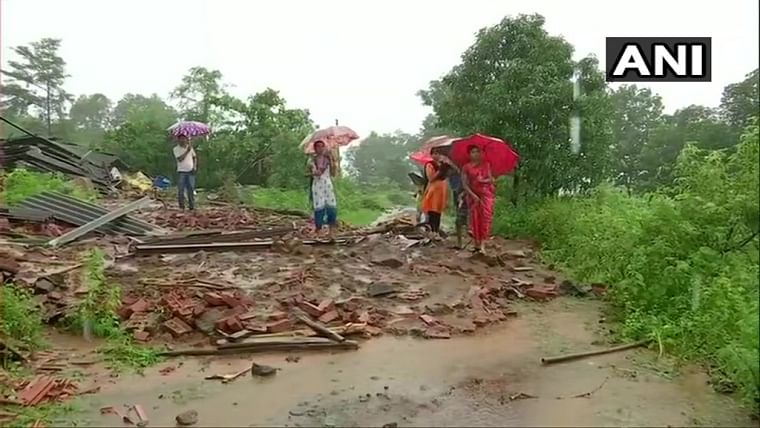