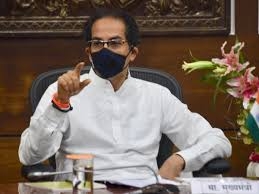 Chief Minister Uddhav Thackeray will attend the virtual meeting called by Congress interim president Sonia Gandhi on August 20 to carry forward the discussions for forging a common front on issues such as the Pegasus snooping, repeal of farm laws, rising fuel prices and the need to stop ‘communal’ politics.

Already, there is a growing bonhomie between the Shiv Sena and the Congress, who are partners in the Maha Vikas Aghadi government in the state. Shiv Sena MP Sanjay Raut confirmed Uddhav’s participation on August 20, saying, “The opposition is united. We had met at Kapilji’s home. Now, on August 20, Congress interim president Sonia Gandhi will speak to CMs of the Congress-ruled states. Maharashtra CM Uddhav Thackeray will also take part in this meeting.”

Another Sena MP told The Free Press Journal that Thackeray’s presence was to reiterate the party’s involvement with opposition in the ‘Khela Hobe’ call at the national level against the BJP and the Modi-Shah duo. “It is also to express the party’s preparedness to take on its estranged ally BJP, in association with new allies in Maharashtra and at the national level,” the MP said.

Thackeray’s presence at the August 20 virtual meet is crucial, as he and Sonia are in constant communication and exchange their views on national politics, and also about the functioning of the Maha Vikas Aghadi government in the state. Moreover, in Delhi, there is a growing friendship between Sanjay Raut and Rahul Gandhi, especially in framing the opposition strategy inside and outside Parliament.

Thackeray had attended the virtual meeting of opposition chief ministers convened by Sonia Gandhi last August, during which he had famously asked fellow participants, including Mamata Banerjee, whether they were prepared to fight the BJP. “Humein darna hai ya ladna hai?” Thackeray had asked, to which Mamata replied, “Ladna hai.” She had later praised Thackeray, saying that he was doing a great job in the pandemic.

(With inputs from Jal Khambata)