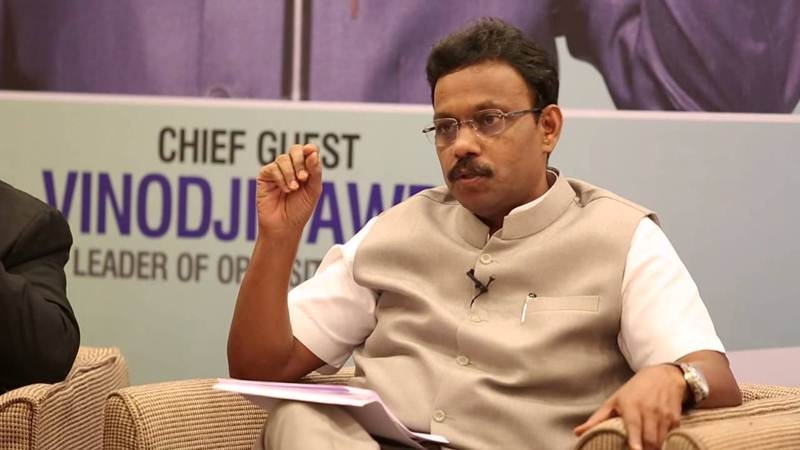 In a press conference, after being dropped by the BJP in the upcoming assembly election, Tawde said, "I'm also wondering why party didn't give me a ticket to contest elections. This is not the time to discuss what went wrong." He futher added that, "I got a chance to prove myself and i did that."

"Even after being denied ticket, i will continue to work for people. Even though i was denied ticket, I will accept the any responsibility given by the party," Vinod Tawde. Senior leader Vinod Tawde was replaced by Sunil Rane on Borivali seat. The last list of the BJP came in today, the last date for filing nominations. At the end Tawde said, "for me nation comes first then the party and then self!"

With its final list of 7 candidates it is now clear that BJP is fighting 26 more seats than its ally Shiv Sena, BJP will be contesting 150 seats and Shiv Sena will contest on 124 seats and other allies gets 14 seats as the total Assembly seat in Maharashtra is 288. The election will be conducted on October 21 while the counting of votes will take place on October 24 in Maharashtra.