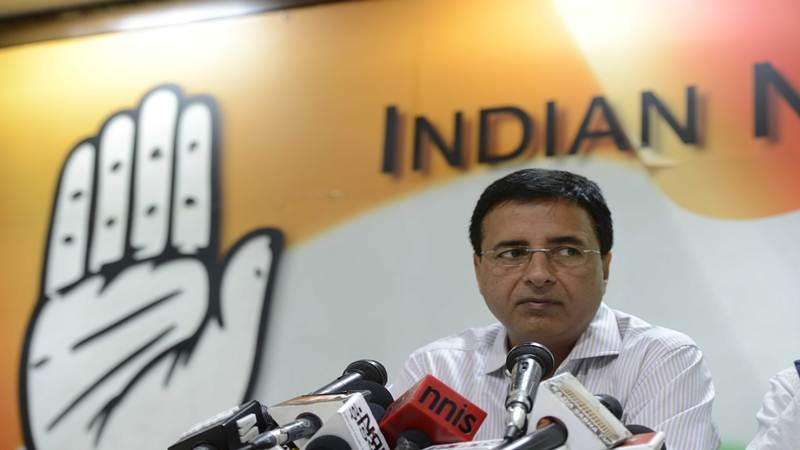 New Delhi: A visibly shocked Congress slammed NCP defector and former Deputy CM of Maharashtra as ‘Duryodhan’ & ‘Shakuni’ altogather in the highly political drama which unfolded on Saturday early morning when news broke that BJP made alliance with NCP leader Ajit Pawar and formed government. Congress alleged that BJP in centre uses its bureaucratic machinery to threaten Ajit Pawar and scared him for consequences and forced him to form political alliance with them. ‘23rd November shall go down in the history of India as a black-chapter when an illegitimate government was constituted by a Governor acting as a hit-man on the Constitution of India at the instance of a Home Minister who considers Constitution as his captive instrument,’ said Randeep Singh Surjewala, national media chief here at party HQ in New Delhi.

Congress said that after scaring an opportunist Ajit Pawar of putting him behind bars, BJP constituted an illegitimate Government in Maharashtra by acting as a contract killer for democracy. BJP and Ajit Pawar have together acted C to rip-off and cheat a democratic mandate given by people of Maharashtra. They have actually betrayed the people of Maharashtra. Prior to the elections, Devendra Fadnavis and the BJP promised to send Ajit Pawar to Arthur Road jail in Rs. 72,000 crore irrigation scam, but, post the elections, they have sent him to Mantralaya as Deputy Chief Minister. This is only possible in Modi regime that is why they say ‘Modi Hai to Mumkin Hai’, quipped party national spokesperson.

Raising questions on the way, BJP formed the government, congress coined this entire episode as rare of the rare in Indian political history by saying that this may be the only occasion when in the dead of the night, Constitution was subverted, democracy was throttled and rule of law was mowed down by Governor to surreptitiously induct an illegitimate Government of the BJP. The Governor of Maharashtra instead of protecting his constitutional duties has acted as a hit-man for the Home Minister Amit Shah. To sell the mandate given by people of India by auctioning the trust of the legislatures has now become a norm for the BJP post Karnataka, Arunachal Pradesh, Meghalaya, Goa, Uttaranchal, Haryana and Manipur, now the BJP is seeking to trample upon Constitution of India and its mandate in a similar fashion in Maharashtra.

Developments since morning indicate that the BJP will get a huge setback soon for the political horse trading they have orchestrated in Maharashtra. They have shown deplorable political immorality to grab power at any cost and the Congress party will fight against this illegal and corrupt political treachery carried out misusing power and violating all constitutional provisions, by all means, Shri Venugopal stressed. Unable to prove majority, Shri Devendra Fadanvis will have to step down shamefully after the floor test in Legislative Assembly, he predicted.

Describing the unfolding events, Venugopal said that, It is shameful that the President and the Governor have stooped to the standard of RSS workers for facilitating this dissolute political treachery. The Chief Minister was sworn in disgracefully under cover of darkness. Shri Fadnavis and Shri Ajit Pawar met the Governor only last night and consequently the President rule was withdrawn without having a cabinet meeting. The Governor invited Fadnavis without having any clear clue on the numbers they have.

It was more than apparent that the Prime Minister and other BJP leaders were directly involved in this murder of democracy. The Congress party will fight against this brutal murder of democracy violating all democratic and constitutional norms, he reiterated. Only a few NCP MLAs have fallen in the trap of BJP. All other MLAs of Congress and NCP are with us. This unholy and corrupt political alliance will fall before long, K.C. Venugopal said in his statement. 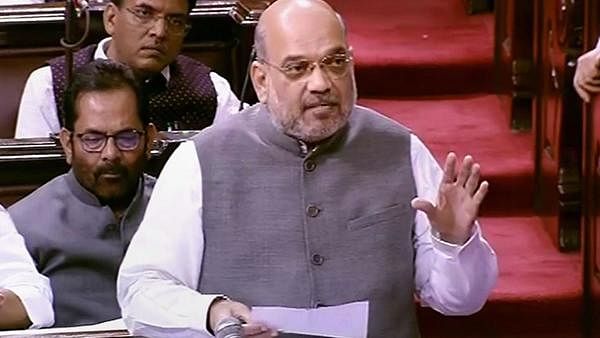