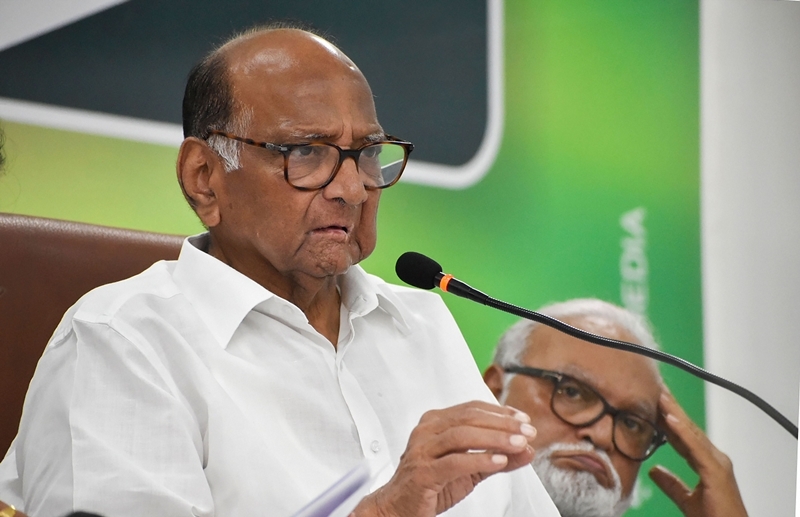 Mumbai: The Congress-NCP and Shiv Sena fast-tracked the government formation on Friday, as leaders from the three parties held a 2-hour-long meeting at Nehru Centre, Worli.

It seems the ongoing political crisis has reached the penultimate stage, as veteran politician and NCP chief Sharad Pawar on Friday affirmed, a new government is ready to be formed which will preferably be led by Sena chief Uddhav Thackeray. “Today, we had a positive meeting there is consensus on Uddhav’s name as CM. However, we need to discuss more issues before making a final announcement,” Pawar said, after the meeting.

However the veteran politician also stressed, “It’s not the matter of leadership, but there are certain other issues that require discussion.”

“We will continue our discussion tomorrow after that will hold a joint press conference, and all the three parties will formally announce the coalition to form the next government,” Pawar added.

Echoing Pawar’s statement, Sena chief Uddhav Thackeray asserted, the three parties have reached consensus on many issues but there are certain matters, which need to be discussed before taking the final call.

“We have decided the future course of Maharashtra, but we don’t want to rush by leaving anything undecided. We have come together for the first time and we are giving finishing touches to the alliance,” said Uddhav

The Sena chief, however, asserted there are still some points that need to be ticked off before making a committed announcement to people.

Meanwhile at Matoshree, Uddhav called all the 56 newly-elected legislators for a party meeting on Friday morning. After the meeting, the MLAs informed, they all have showed confidence on Uddhav becoming the CM.

“Maharashtra will have a Sena-led government, for which nobody but Uddhav is the right person to lead us,” stated, Abdul Sattar, the Sena Sillod MLA.

Reportedly, Congress interim president, Sonia Gandhi has also given heads up to forming the coalition with Sena as well. “Today, we had a positive meeting and all the three parties have agreed on many terms, including the CMP.

We believe the remaining issues will be discussed and agreed upon tomorrow,” said senior Congress leader Prithviraj Chavan.

Commenting on Pawar’s statement on whether Uddhav will be leading the new government, Chavan stated: “I can’t take a second guess on what Mr. Pawar has said, but if he said so, then I am sure it will happen.”

Meanwhile, governor Bhagat Singh Koshyari, who was supposed to go to Delhi for the All India Governors conference, cancelled his visit and decided to stay in Mumbai owing to the political developments in the state.