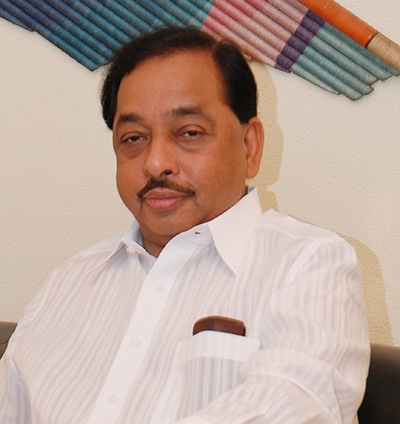 Mumbai: Senior Congress leader Narayan Rane today alleged that Chief Minsters’ assurance of spending Rs 25,000 crore over a period of five years to overcome the agrarian crisis was made without making proper provision for the same.

Addressing a press conference here, Rane said the promise of spending Rs 25,000 crore over a period of five years was given on the basis of amalgamation of various existing schemes started by the previous Congress-NCP government.

He said the BJP government had failed to render any relief to farmers in the just concluded Monsoon session of the state Legislature. “The existing schemes include budgetary provision for pending irrigation projects, ancillary business for farmers, Right to Education for kids of farmers who committe suicide. All these schemes are meant for only 14 drought-prone districts covering 25,000 villages,” he said.

Mentioning about government’s plan to rename the Rajiv Gandhi Jeevandayi health scheme, the senior leader said it was started by the previous government to provide medical facilities to BPL and APL families.

“A proposal has been sent by Health minister Deepak Sawant to the chief minister, who is yet to take a decision,” he said.

To a query on the scheme being re-christened after late Bal Thackeray, Rane said, “I am not going into details about after whom the scheme is being renamed. Even Saheb (Bal Thackeray) was a nationalist and he would not have liked Rajiv Gandhi’s name to be changed.”