Prehistoric petroglyphys are likely to join iconic sites like the Stonehenge, Tower of London, Grand Canyons and the Vatican City
Dhaval Kulkarni 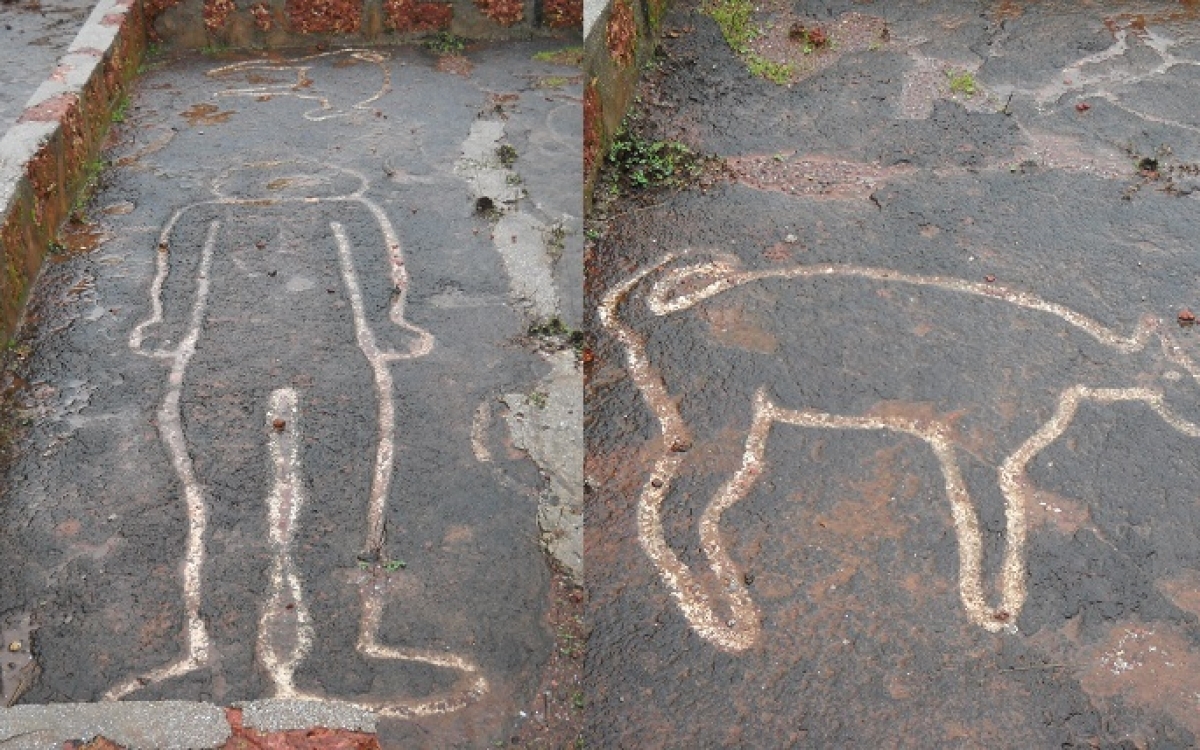 - Ratnagiri has over 1,200 carvings at 62 locations and Sindhudurg has 60 petroglyphs at five sites

- Rhinos and elephants are represented in the carvings, which do not have a natural habitat in the Konkan today

- There are carvings of crocodile, tortoise, fish and snakes as well

You cannot miss the magnificent prehistoric petroglyphs on the vast laterite plateaus in Ratnagiri and Sindhudurg. The carvings estimated to date back to around 10,000 years, are likely to join the list of iconic locations like the Stonehenge, Tower of London, Grand Canyon National Park and the Vatican City. The state government is working on nominating the petroglyphs found in Ratnagiri and Sindhudurg districts as World Heritage Sites to the United Nations Educational, Scientific and Cultural Organisation (UNESCO).

These petroglyphs—which are rock art carved into the ground—are estimated to date between 10,000 and 2,000 years ago. Sources said the process for nominating the petroglyphs as a world heritage site had been discussed in a meeting with cultural affairs minister Amit Deshmukh earlier this month.

“We have applied to the Archaeological Survey of India (ASI) for the nomination. If this tentative nomination is accepted by the ASI, it will be sent to UNESCO. We will get time to submit the final dossier to the organisation. This is a long-drawn process that takes years and involves details of sustainable conservation, site management plans, legal protection, and the environmental factor, and site visits by experts,” said a senior official from the department of culture.

Tejas Garge, director, museums and archaeology, Government of Maharashtra, confirmed that the proposal had been sent to the ASI.

Ratnagiri has over 1,200 carvings at 62 locations, and in Sindhudurg, 60 petroglyphs have been discovered at around five sites. The state government has launched a Rs 6 crore project.

These reliefs are estimated to have been carved out in laterite rock by prehistoric humans in a period between 10,000 years and 2,000 years ago. Some animals represented in these petroglyphs include rhinos and elephants, which do not have a natural habitat in the Konkan today.

The widest petroglyph is an elephant carving at Kasheli in Rajapur (18 meterX13 meter), which is the largest petroglyph in South Asia, while the smallest is 2cmX3cm was found at Jaigad.

One petroglyph has a human holding a tiger in each hand, which is a common Harappan symbol found on seals and is a common motif in West Asian art.

However, it is still a mystery as to who carved these beautiful sculptures. What was their purpose? What did the ancient man try to tell us through these sculptures? Further research can reveal more evidence of the history of Konkan and Maharashtra before the Satavahana era set (2 B.C onwards) and do away with this “dark age” in our understanding of human evolution.

India has around 38 world heritage sites, including the Rani ki Vav (Gujarat), archaeological sites of Nalanda (Bihar) and Red Fort complex. Maharashtra has six such sites (including one shared site of the Western Ghats), namely, Ajanta, Ellora and Elephanta caves, the Victorian and Art Deco ensemble in Mumbai, and Chhatrapati Shivaji Terminus (CST)