The Forest Department, Dahanu have set up trap cameras and the images were found.

The residents of Zai-Kankradi in Dahanu are living in fear as a leopard was sighted by them this week. The leopard also preyed on a pet dog belonging to a villager and its half-eaten carcass was found a few metres away from the spot.

The Forest Department, Dahanu have set up trap cameras and the images were found. Officials believe that it could be the same injured leopard which was rescued in May and was treated at the Sanjay Gandhi National Park(SGNP) hospital, Borivali. After it recovered, the leopard was released in the same spot, as the carnivore are territorial animals.

Uttam Patil, Range Forest Officer(RFO) Dahanu said, "We have received information about a leopard roaming in the above village by the locals.So we set up trap cameras and the images have been received and we believe it could be the same injured leopard we rescued in May and after treatment released it near the vicinity of the village."

"But we will set up an iron cage and rescue the carnivore and then we can give a precise detail. We have found pug marks of the leopard and made Plaster of Paris footprint and are analyzing the paw marks to ascertain more details," said Patil.

"Furthermore, we have placed flex signboards at Zai, Kankradi, Agar, Narpad, and other areas warning villagers to avoid moving outdoors post dusk as leopards are prone to attack as they are nocturnal animals, also we have alerted villagers not to squat while answering nature's call as leopards fear as a threat and attack thinking humans as a prey, and to play music on mobile while answering nature's call and have an escort to stand as a guard as leopards fear noise and get scared," said Patil.

"We will surely rescue the leopard shortly and then release it in a safe area deep in the jungles away from residential areas," assured Patil. 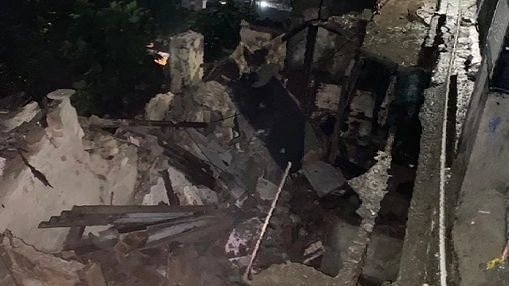