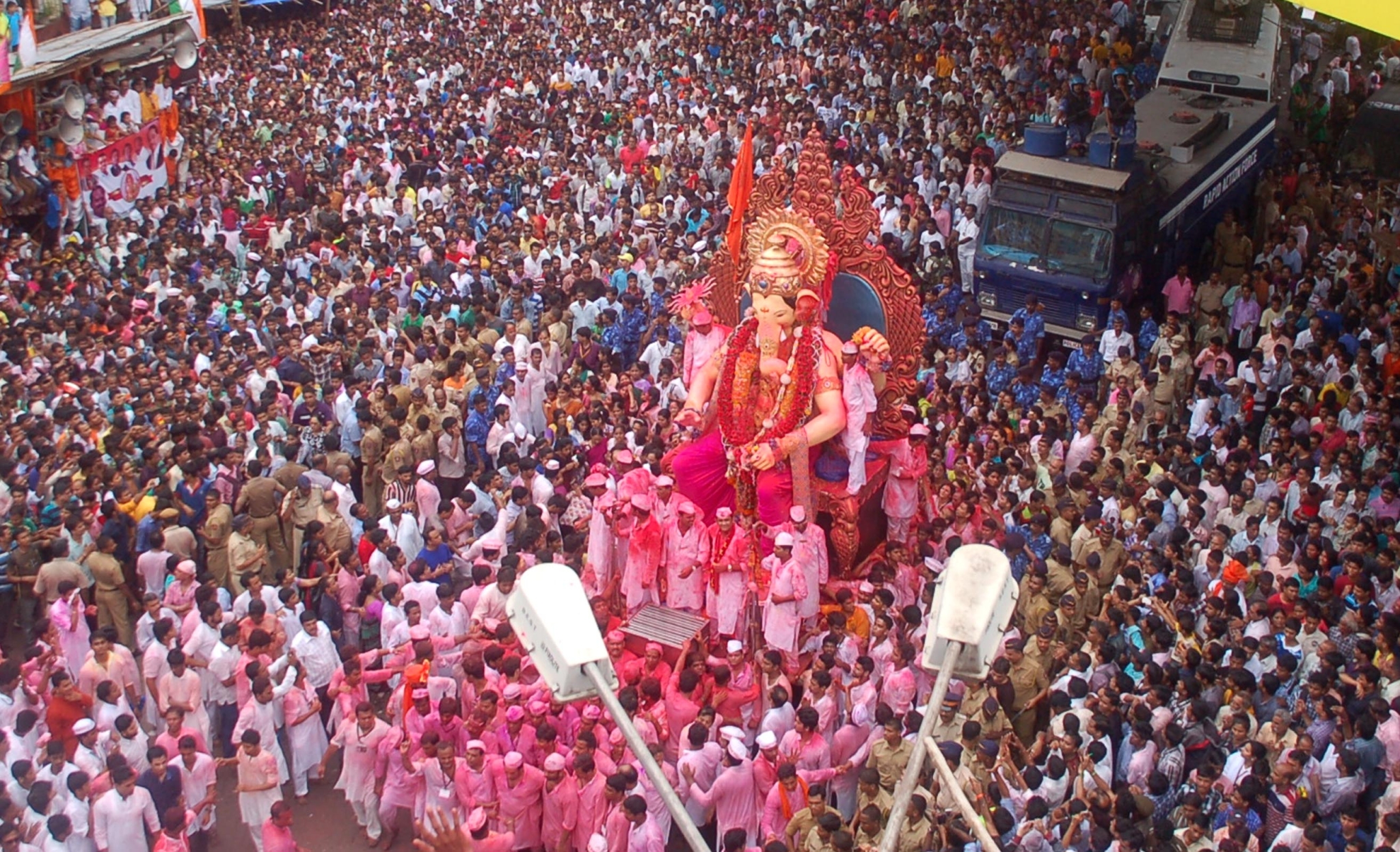 Sea of people at the procession of Lalbaughcha Raja at Lalbaugh, Mumbai |

Mumbai : A peaceful ‘visarjan’ of Lord Ganesha idols marked the end to the ten-day long festival on Sunday as lakhs of devotees bid adieu to the elephant-headed deity, including the famous ‘Lalbaugcha Raja’ idol.

The immersion process which started since earlySunday  culminated on Monday morning with over 50,000 idols being immersed amidst fanfare and tight security.

According to Municipal Corporation of Greater Mumbai (MCGM) statement, till 7 AM on Monday, a total 50,250 idols were immersed at the designated natural and artificial spots, including at major sites at Girgaon Chowpatty, Juhu beach, Powai lake, Dadar, Madh jetty and Marve.

It included 9,714 ‘sarvajanik’ idols, 40,302 ‘gharguti’ (those at homes) and 234 ‘gauri’ idols that were immersed at 71 natural sites and 26 artificial spots across the city and in suburbs. A total 2,577 immersions took place in the artificial lakes, a BMC release said.

While the entire ‘visarjan’ remained peaceful, only one incident took place where a 15-year-old was saved from drowning at the Girgaon Chowpatty.

A senior police officer said cranes, watch towers, drones, coast guard’s helicopters and floodlights were installed at most of the major immersion spots.

A strong team of 35,055 assistant sub-inspectors and constables, 4,500 women constables along with 250 women officers, 1,000 SRPF jawans and 250 ITBP personnel were deployed to maintain law and order in the city and suburbs, said a police source.

In 2014, the civic body had given permissions to 1,188 Ganpati mandals all across the city, while it placed stringent norms this year also to check illegal erection of pandals.

City traffic police also ensured smooth vehicular movement on the immersion routes as it had closed 49 roads, while marked 55 roads as ‘one way’.