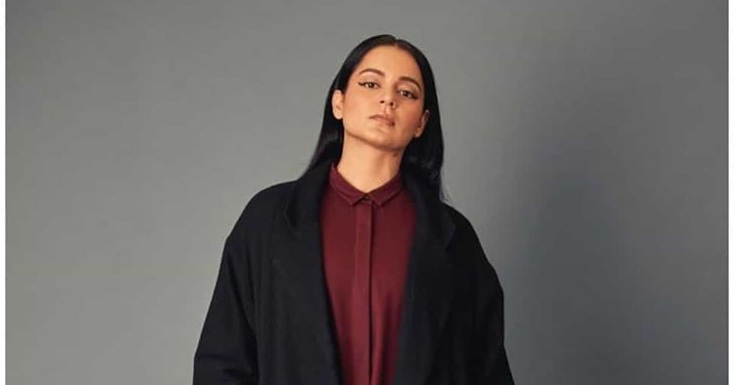 Actor Kangana Ranaut is certainly in no mood to end her spat with the ruling Shiv Sena. Having reached her family home in Himachal Pradesh, she has sought Rs 2 crore in compensation from the BMC, which demolished 40 per cent of her bungalow at Pali Hill, Bandra, last week.In her amended (modified) plea before the Bombay High Court, Kangana has said that the BMC not only demolished part of her bungalow but also destroyed valuables like books, furniture and plants that cost Rs 50,000 each.
Filed before a bench led by Justice Shahrukh Kathawalla, the actor's amended petition accuses the BMC of acting with an ulterior motive and demolishing her bungalow without following the due procedure of law. She has claimed that the action was solely a result of her spat with the government.
"In recent times, I (Kangna) have been at loggerheads with the Maharashtra government, regarding my views over the handling of certain issues which impact the public in general. The expression used by me has displeased certain quarters and caused angst in a particular political party which is a part of the state government," the actress has claimed.
"In view of the various threats given to me, including threats of incurring harm if I enter Mumbai, I was compelled to seek security and given protection by the Union government; it was only with this Y-plus category of CRPF security that I could come to the city under protection. It is pertinent that that the same political party is also the ruling party in the BMC," her amended plea reads.
In her plea, Kangana has stated that she firmly believes that the entire action initiated by
the BMC officials was a "counterblast and a consequence of the displeasure of influential persons who are in power and who are displeased and angry at certain causes being taken up by me."
Spelling out the chronology of events that transpired right from the day when the civic body "looked into" her bungalow and did not "inspect" anything, Kangana has said that the entire process of law was thrown out of the window. She has reiterated that the civic body carried out the demolition in her absence and did not give her an opportunity to clarify her stand in the matter, nor did it allow her advocate Rizwan Sididque to enter the bungalow, and instead, locked the door from the inside.
"This conduct of the civic body and its officials demonstrates that they always had pre-meditated mala fide intentions and ulterior motives to demolish the bungalow," she said in her plea.