A midnight protest at the iconic Gateway, which began hours after a mob attack at JNU
FPJ Bureau 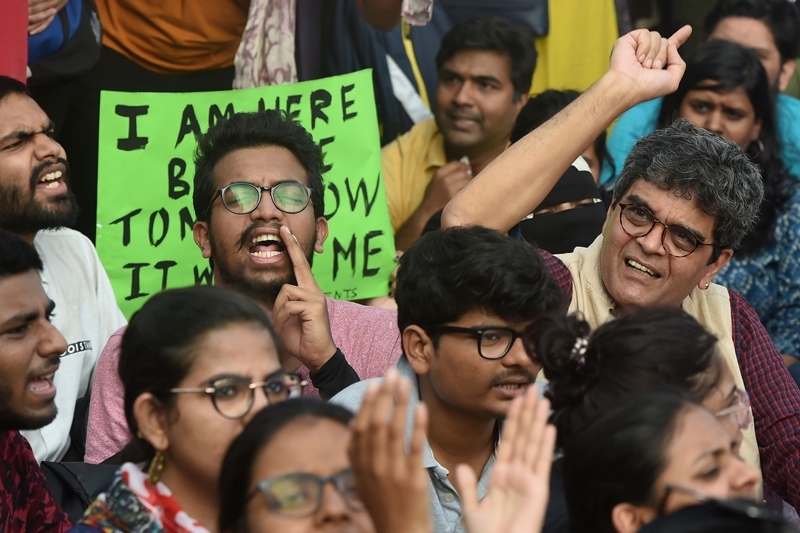 Mumbai: Police upped security in SoBo in light of student protests in city, condemning the attack on their brethren at JNU, Delhi, on Sun­day. Extra security deployment was seen at the Gateway, Hutatma Chowk and MU.

A midnight protest at the iconic Gateway, which began hours after a mob attack at JNU, continued through Monday morning, amid heavy police presence.

While senior cops did hourly rounds of the Gateway, heavy deplo­y­ment was being planned in the city, in anticipation of the protest picking up pace.

Police deployed extra force at the main MU gate, with the men in khaki guarding the gates and a truckful of barricades lying in wait as a back-up. A cop said,

“In the light of the student protests, it is likely students will run to the university to express condemnation and protest on the campus.”

Meanwhile, there was a spontan­e­o­us gathering of hundreds of students and citizens at the Gateway on Sunday around midnight, a couple of hours after masked goons attacked stu­d­ents and teachers of JNU.

There was heavy po­lice presence, right from Regal to the Taj, where 200 cops were deployed, as a precaution. Sang­ramsingh Nishandar, DCP (Zone 1) said, “We are scrutinis­ing every move to ensure there is no law and order issue.

Cops have been deployed at key locations like the Gateway of India, Colaba, Hutatma Chowk and MU, among others.” IIT-Bombay, and Tata Institute of Social Sciences, other citizens too joined the protests on Monday.