India may soon experience its first cyclone of 2021, with officials predicting the formation of a low pressure area over southeast Arabian Sea later this week. The India Meteorological Department (IMD) on Tuesday took to Twitter with a forecast that a cyclonic storm may form by Sunday. According to reports, this storm would be named cyclone Tauktae.

In a press note, the IMD explained that the lower pressure area may evolve into a depression around May 15, possibly intensifying into a cyclonic storm over the east-central Arabian Sea around May 16. It would then continue to move north northwestwards, the IMD predicts. The name of the storm reportedly comes from Myanmar, and translates to mean gecko.

With many parts of the country facing rainshowers and storms recently, an alert has been issued for fisherman in anticipation of rough seas. Sea conditions are expected to be very rough along the western side of India between May 14 and 16. Coastal areas of Maharashtra, Kerala, Karnataka and Goa are expected to face squally winds with speed between 40 to 50 km/hour and gusting. As per reports that quote the IMD forecast, Lakshadweep could see a tidal wave of about 1m above the astronomical tide during the weekend.

The Met department has issued a warning of light to moderate rainfall over these coastal states for the later part of this week. As per a Hindustan Times report that quotes IMD's cyclone in-charge Sunitha Devi, parts of Maharashtra is also expected to see severe weather and heavy rainfall. However, it is not clear whether Mumbai would be facing a similar condition. Reports have also highlighted the possibility of the cyclone crossing north Gujarat or the Kutch area on May 20. 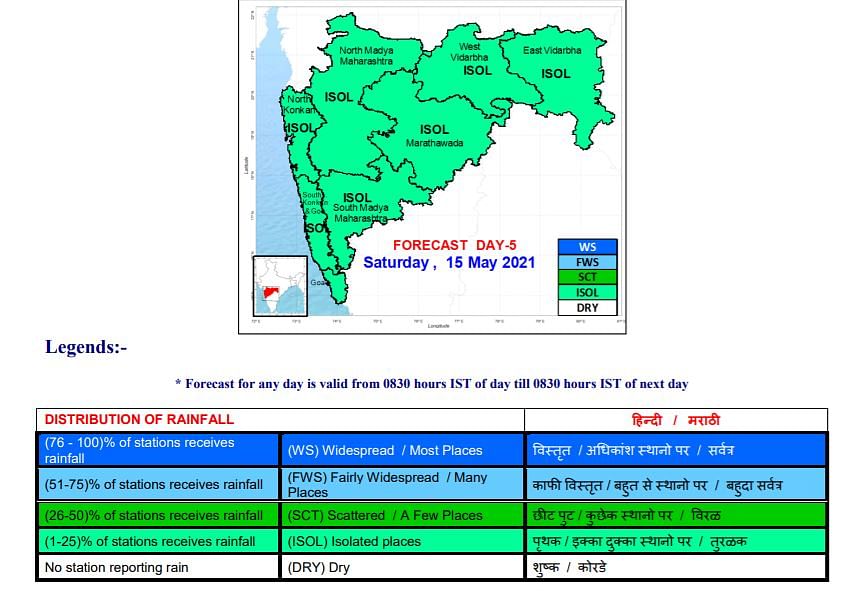