I insisted that Uddhav become CM of Maharashtra after MVA was formed: Pawar's snipe at Fadnavis

Speaking to reporters in Pimpri Chinchwad city in the Pune district, Pawar reiterated his allegations that the Centre was misusing various agencies to destabilise the tripartite government of Shiv Sena, NCP and Congress in Maharashtra.
PTI 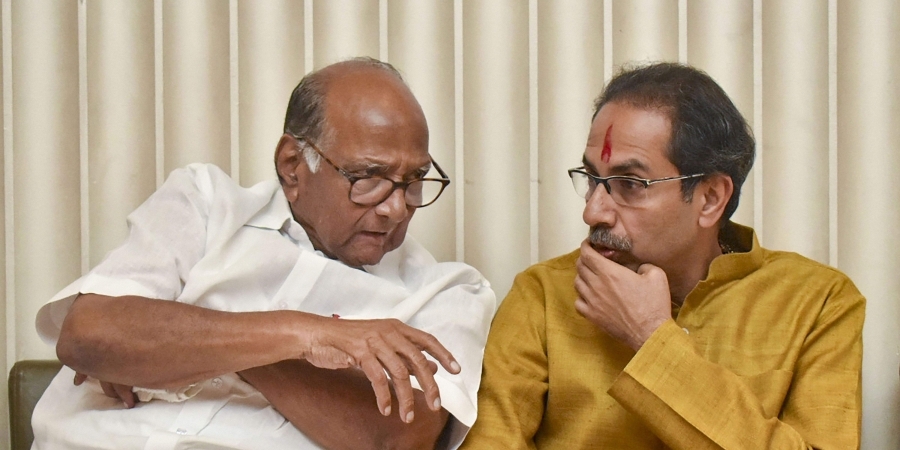 Speaking to reporters in Pimpri Chinchwad city in the Pune district, Pawar reiterated his allegations that the Centre was misusing various agencies to destabilise the tripartite government of Shiv Sena, NCP and Congress in Maharashtra.

He said the BJP was "keeping mum" on the issue of rising prices of fuel and accused the saffron party of not lowering rates of petrol and diesel despite a fall in the international prices of crude.

"Thackeray was selected by leaders of three parties (in the MVA). The MVA was formed by the contribution of many people including me. When we held a meeting to form the MVA and to discuss the leadership of the alliance, I forced him (Uddhav Thackeray) to become the chief minister. I have seen these people since their childhood. (Shiv Sena founder) Balasaheb Thackeray and I might have political differences but we were close.

"I thought why not the son of a person who had contributed for Maharashtra should become the CM and I insisted Uddhav Thackeray to become the chief minister. Fadnavis had worked with Uddhav so he knows how Uddhav is. He should stop questioning repeatedly about how Uddhav became CM," the NCP chief said.

Earlier in the day, Fadnavis had alleged that the MVA government was formed through dishonesty.

"I feel that respected Uddhavji should now accept that he had ambitions of becoming a chief minister which he fulfilled. In politics, having ambitions is not wrong. But if you wanted to keep the word, you could have made senior Sena leaders Diwakar Raote, Subhash Desai or Eknath Shinde a CM," Fadnavis said.

In the past, Thackeray had said several times that he had made a promise to his late father Bal Thackeray to install a 'Shiv sainik' (party worker) as chief minister of Maharashtra.

Pawar said Fadnavis was making these allegations because he couldn't become a CM for the second time.

Fadnavis had to quit after 80 hours after taking oath as CM for the second time after NCP's Ajit Pawar with whom he had taken oath in November 2019 resigned.

Pawar said the MVA government will last full five years and the constituent parties will be re-elected (in 2024 polls).

Meanwhile, he said people are facing hardships due to spiralling prices of fuel.

"But the Central government is not concerned about the price rise. Around six months ago, international crude oil prices came down, however, the Centre did not cut the rate of petrol and diesel," he said.

The former Union minister said when Manmohan Singh was the prime minister, due to the rise in the international rate (of crude), we were planning to increase the fuel rate.

"However, the BJP which was in opposition that time, opposed the move strongly but now they are increasing the prices of fuel every day," he alleged.

Pawar reiterated that the Centre was misusing Central agencies in Maharashtra.

"The CBI needs the permission of state governments (to probe a case) but it is not happening in Maharashtra. Here the CBI is being misused by the Central government," he alleged.

"However, taking responsibility before allegations are proved, Deshmukh resigned from the post but the complainant is still missing from that day. It's the responsibility of the Union government to trace that missing person who is the officer of the commissioner level. But nothing is being done by the Central government. This is a process to destabilise the state government," Pawar alleged. He also referred to the ED probe linked to Shiv Sena MP Bhavana Gawali's trust.

Attacking the Narcotics Control Bureau (NCB), Pawar said some witnesses used by the agency are criminals.

He cited the case of the son-in-law of NCP leader and Maharashtra minister Nawab Malik.

"Since Nawab Malik who is the spokesperson of the NCP cannot be attacked directly, his son-in-law was targeted by the Centre with the help of the agency (NCB). His son-in-law was arrested and kept in jail for possession of ganja. But fortunately, a few days ago his bail was approved. The court highlighted that he was not possessing ganja but it was some kind of plant. This is the second example of the misuse of power and investigating machinery", Pawar said.

Without taking the name of Bollywood actor Shah Rukh Khan's son, Aryan Khan, Pawar claimed the NCB catches anyone and alleges that a banned substance was found from his possession.

"People who are involved in crimes have been made panch (witness). In Malik's son-in-law's case, the witness is having a criminal record. In a recent raid too (on a cruise ship in Mumbai) one Gosavi, who was a witness of the NCB, is found to be a criminal on record," he claimed.

Pawar said when a constituent party under the MVA speaks on the action taken by the NCB or other agencies, BJP leaders jumped in to defend these agencies.

"When there are allegations against agencies like NCB ideally its official or a spokesperson should come forward to present their side. However, it is found that former CM Devendra Fadnavis and other BJP leaders are coming forward to defend them," he alleged.

He defended Thackeray against the allegations that he was working from home and not stepping out to meet the people to resolve their issues.

"After the MVA came to power Maharashtra faced many problems due to heavy rain and other calamities. But Thackeray and his team worked hard. They worked hard during the COVID-19 pandemic as well. It is alleged that Uddhav was not stepping out of office but in such calamities or problems there should be someone who is coordinating everything. I think Fadnavis' comments and other reactions are arising out of his frustration of not being able to become a CM again," Pawar said.

While speaking on the recent Income Tax raids on the premises and firms allegedly linked to Maharashtra Deputy CM Ajit Pawar's relatives, the Pawar senior ought to downplay them.

"Being middle-class families, the houses of sisters of Ajit Pawar are not very big. But I-T sleuths stayed there for a long time. I came to know that I-T people had finished the enquiry in two days but when they called someone they were asked to stay at the houses for more days and purposely kept the enquiry going on for a long time," he alleged.

"Rs 184 crore being claimed to have recovered from various raids conducted in over 70 premises of different people. As per the I-T department's statement on social media and the information I have received out of Rs 184 crore, Rs 180 crore is related to the case linked to two realtors while the remaining Rs 4 crore is related to many out of these 70 plus premises. I know what has been found at the premises belonging to Ajit Pawar's sisters but I don't want to tell that. It is very negligible," he claimed. 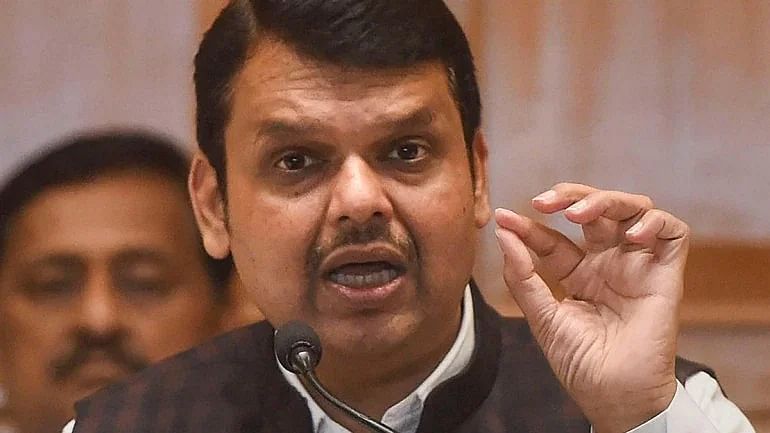