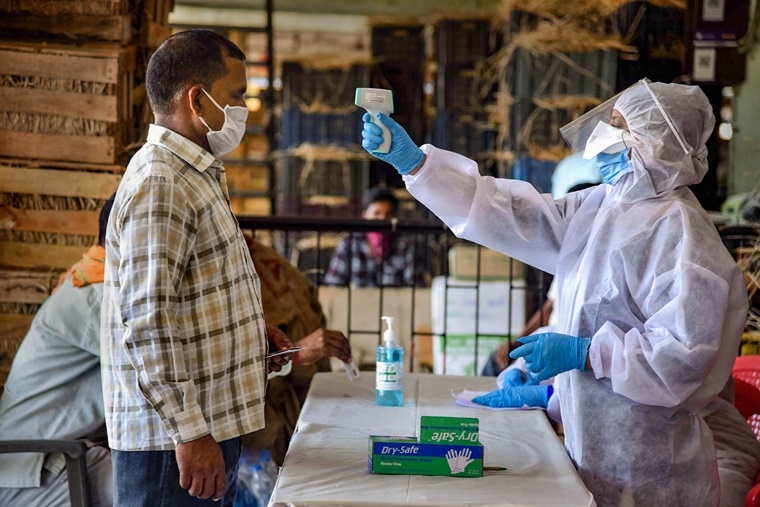 For the first time Maharashtra recorded more than 8000 corona cases on Saturday. The state has reported 8,139 new infections in the last 24 hours, taking the total positive count to 2,46,600 cases with 10,116 deaths until now. It is the highest single-day cases reported, however the previous highest was 7,862 cases which was recorded just a day before. Meanwhile the death toll in Maharashtra has crossed 10,000 mark, with 233 covid-19 fatalities being reported on Saturday.

In the last five days Maharashtra has reported 1,090 covid-19 fatalities, which means on an average 218 patients were succumbing to the infection on a daily basis in the state.

Of the 233 deaths, 116 were in the Mumbai Metropolitan Region (MMR), 45 in Pune division, 31 in Nashik division, 17 in Aurangabad, five in Latur, three in Kolhapur and two each in Akola and Nagpur and two of the dead was from another state.

Dr Pradip Awate, state surveillance officers said the cases have increased due to a surge in the number of testing which has now increased to 30,000 per day. “We have 117 laboratories who are conducting 30,000 per day which was initially 18,000 per day in the last week. Moreover due to lockdown relaxation cases have surged in the rural parts of the state as citizens are not ready to follow the basic protocols of wearing masks and maintaining social distancing,” he said.

According to the public health department of the BMC, there were 1,308 new cases and 39 deaths in the city on Saturday, bringing the total count to 91,457, with 5,241 deaths until now. Till now 63,431 patients have been discharged from various hospitals across Mumbai, with 1,497 being recovered in the last 24 hours.

Meanwhile, the doubling rate of Mumbai has increased to 50 days from 39 days which was until June 30. Similarly the growth rate of weekly cases have dropped to 1.39 per cent from 1.69 per cent during the same period.

In the Mumbai Metropolitan Region (MMR), Thane city and Kalyan Dombivali are the worst hit with 14,292 and 13,832 cases so far respectively. However, health officials predict Maharashtra may reach its peak by August or September. “But there are several factors that come into play and lockdown has greatly slowed down the viral transmission,” he said.