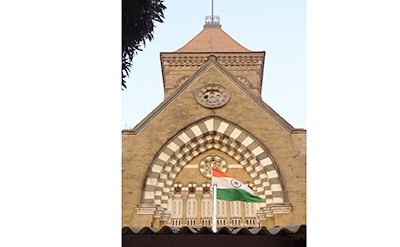 Mumbai: The Bombay High Court today allowed Shivaji Park Gymkhana Club to hold a fund-raising function for a cricket camp on December 25 and December 31, subject to certain conditions including adhering to noise pollution rules. The permission was granted by a bench headed by Justice V M Kanade on a plea made by the club’s lawyer Ravi Gadagkar.

The conditions — which the club has to abide — have been imposed by the high court in the past for use of this ground. These pertain to adherence to noise pollution rules and restoration of the ground to its original position after the event.

Hearing a PIL, the high court had banned holding of events at the iconic Shivaji Park in the past two years after declaring the ground as a silence zone. The application of club, on which the order was passed today, was opposed by Wecom Trust, an NGO, which said noise pollution rules debar use of loud speakers in a silence zone.

Moreover, the lawyer of Wecom Trust Kaustav Talukdar, alleged that the club, under the garb of cricket camp, wants to hold new year parties and there was likelihood of violation of noise pollution rules. He said the Supreme Court has laid down that relaxation in noise pollution rules cannot be allowed in a silence zone.

The club, on the other hand, argued that it had opened a cricket academy and out of 500 candidates it had shortlisted 50 who would be provided training for three months free of cost under the guidance of former cricketer Sandeep Patil. However, it required funds for this purpose and hence the club had decided to hold fund raising events at Shivaji Park in Dadar in Central Mumbai.

The high court allowed the club to use the ground subject to the conditions fixed by it earlier for the users. Earlier the high court had allowed Shiv Sena to hold its annual Dussehra rally at the Shivaji Park subject to same conditions.