Among paintings, a 1935 masterpiece of an important Indian artist Amrita Sher-Gil titled 'Boys with Lemons' - an oil on canvas went under the hammer at over 15.50 crores. A Raja Ravi Verma oil on canvas sold at over 2.5 crores. Modi's Rolls Royce Ghost sold at over Rs. 1.50 crore.
Bhavna Uchil 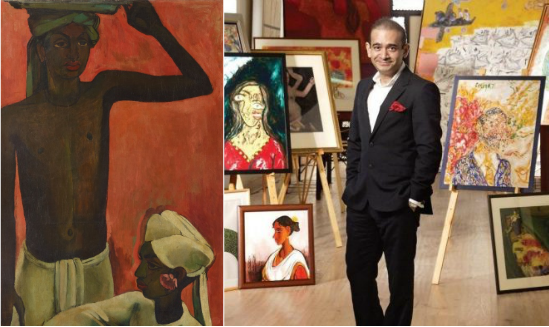 Amrita Sher-Gil's painting titled 'Boys with Lemons' (L) went under the hammer at over 15.50 crores. |

Mumbai: MF Husain's 1972 oil on canvas painting titled 'Battle of Ganga and Jamuna: Mahabharata 12' was among the 40 lots seized from fugitive diamantaire Nirav Modi that went under the hammer at a city auction house and sold at a world record price of 13 crores 44 lakhs, a little over the base estimate of 12 crores the piece was expected to fetch.

Among paintings, a 1935 masterpiece of an important Indian artist Amrita Sher-Gil titled 'Boys with Lemons' - an oil on canvas went under the hammer at over 15.50 crores. A Raja Ravi Verma oil on canvas sold at over 2.5 crores.

Urging bidders to bid higher the auctioneer was heard saying, "It (money) goes to the government of India. All for a good cause, come on!" Nirav Modi's paintings to go under the hammer today

Among luxury wristwatches, to fetch the highest bid was a Girrard-Perregaux with 37 jewels, that was bought by a Dubai bidder at over Rs. 95 lakhs, while among handbags, a gold and diamond evening handbag by Van Cleef and Arpens sold at over Rs. 18 lakhs. 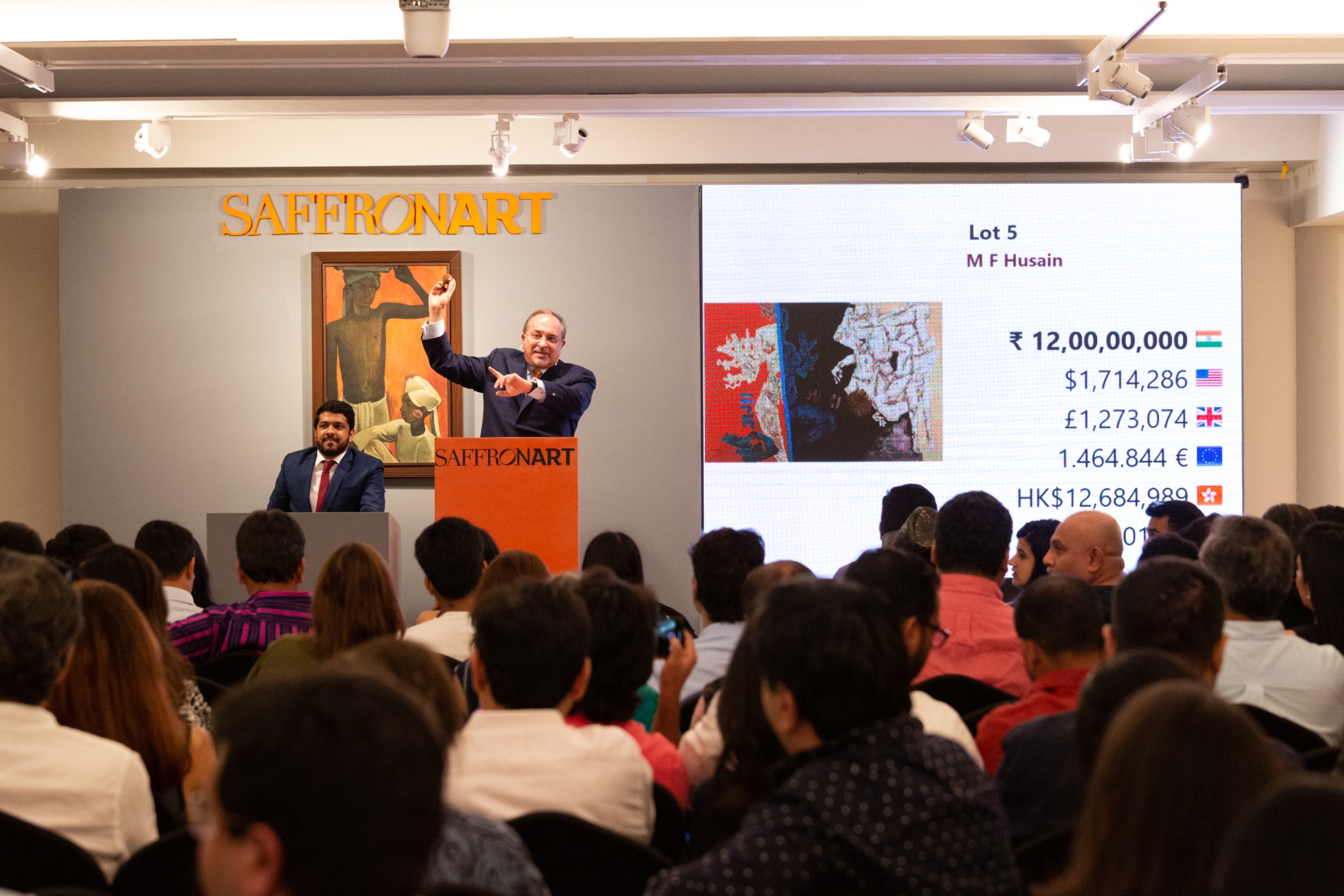 The live auction was held by Saffronart auction house in Prabhadevi on behalf of the Enforcement Directorate. Most lots were paintings, watches or handbags. Between Wednesday and Thursday the auction house sold a total of 112 lots - the rest were sold online. 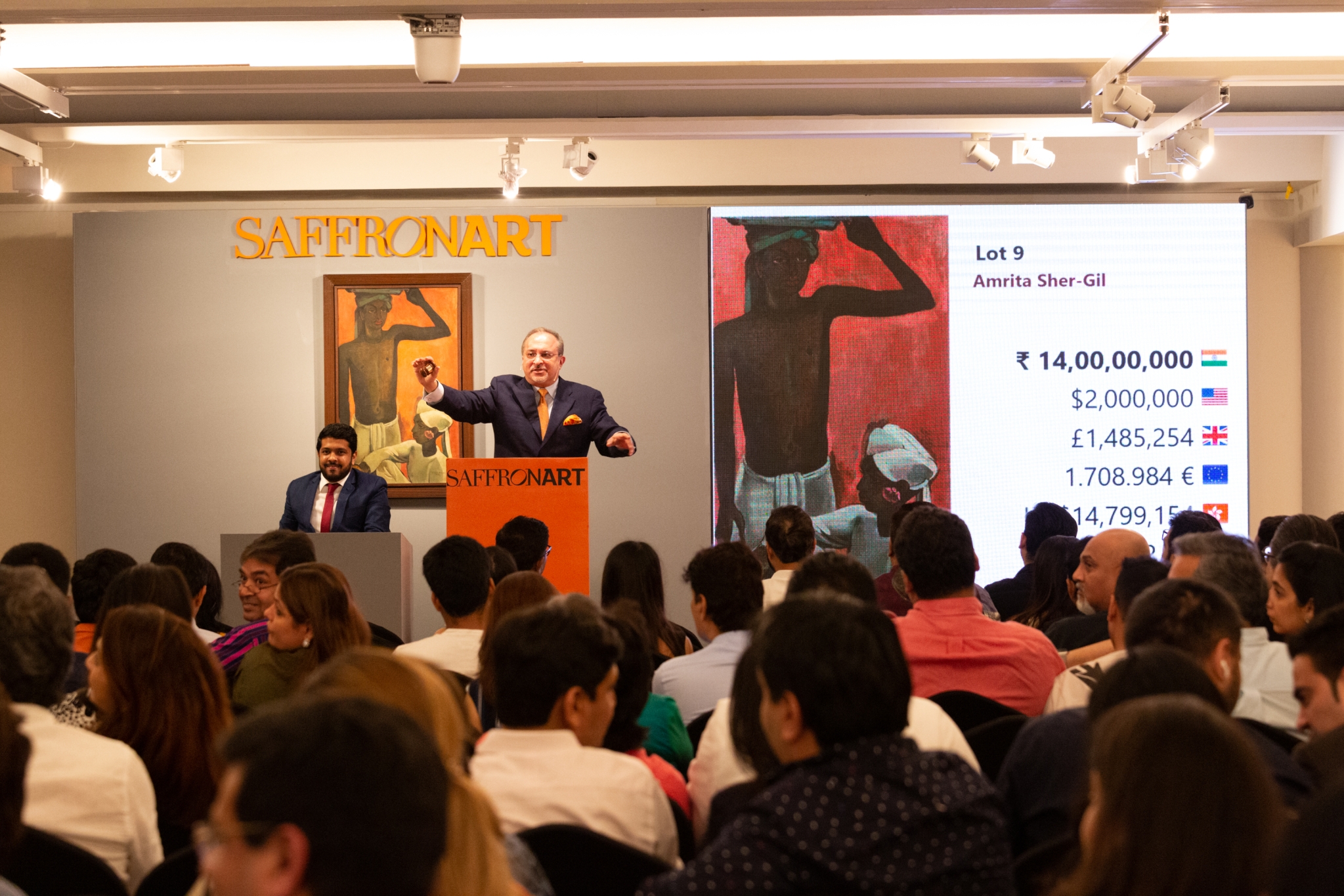 The fugitive jeweller's son had approached the HC for a stay on the auction stating that they do not belong to his father but to a trust by his name - Rohin Trust. The HC however gave a go ahead for the auction to take place as scheduled.

The assets were seized from the diamantaire's houses by the ED in connection with the money laundering case of his defrauding the Punjab National Bank of over Rs. 13,000 crore.