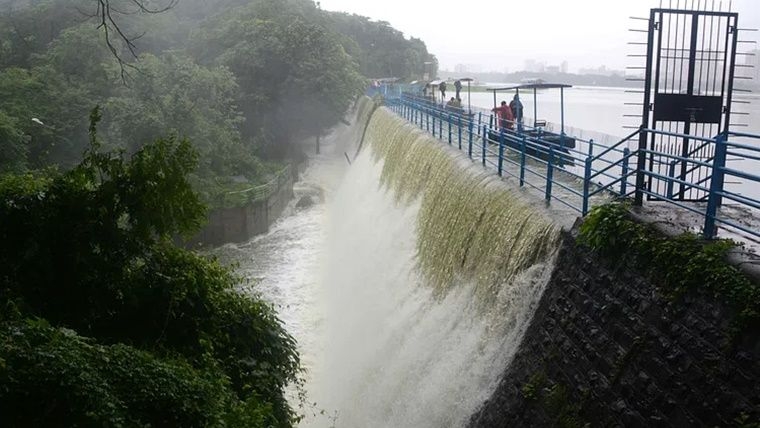 As heavy rains lashed Mumbai and its suburbs, the water level in seven reservoirs supplying drinking water to the metropolis has increased to 57.74 percent due to the rains in the catchment area over the past few days.

Same time last year, the level in the lakes was 28.97 percent of total capacity.

The civic body was considering to impose a water cut in the city as the stock in these seven reservoirs had gone down below 20 per cent level earlier this month.

However, citizens have got a big relief as four of the seven lakes have started overflowing due to heavy downpour over the last two weeks, while water level is rising in the remaining three reservoirs.

With this, four lakes that provide drinking water to the metropolis are now filled to their capacity.

The Brihanmumbai Municipal Corporation (BMC) said the Modak Sagar lake started overflowing at 3.24 am and Tansa at 5.48 am.

Thereafter, two gates of the Modak Sagar dam one of Tansa were opened, it said.

Last year, Modak Sagar had started overflowing on August 18 and Tansa on August 20, the BMC informed. 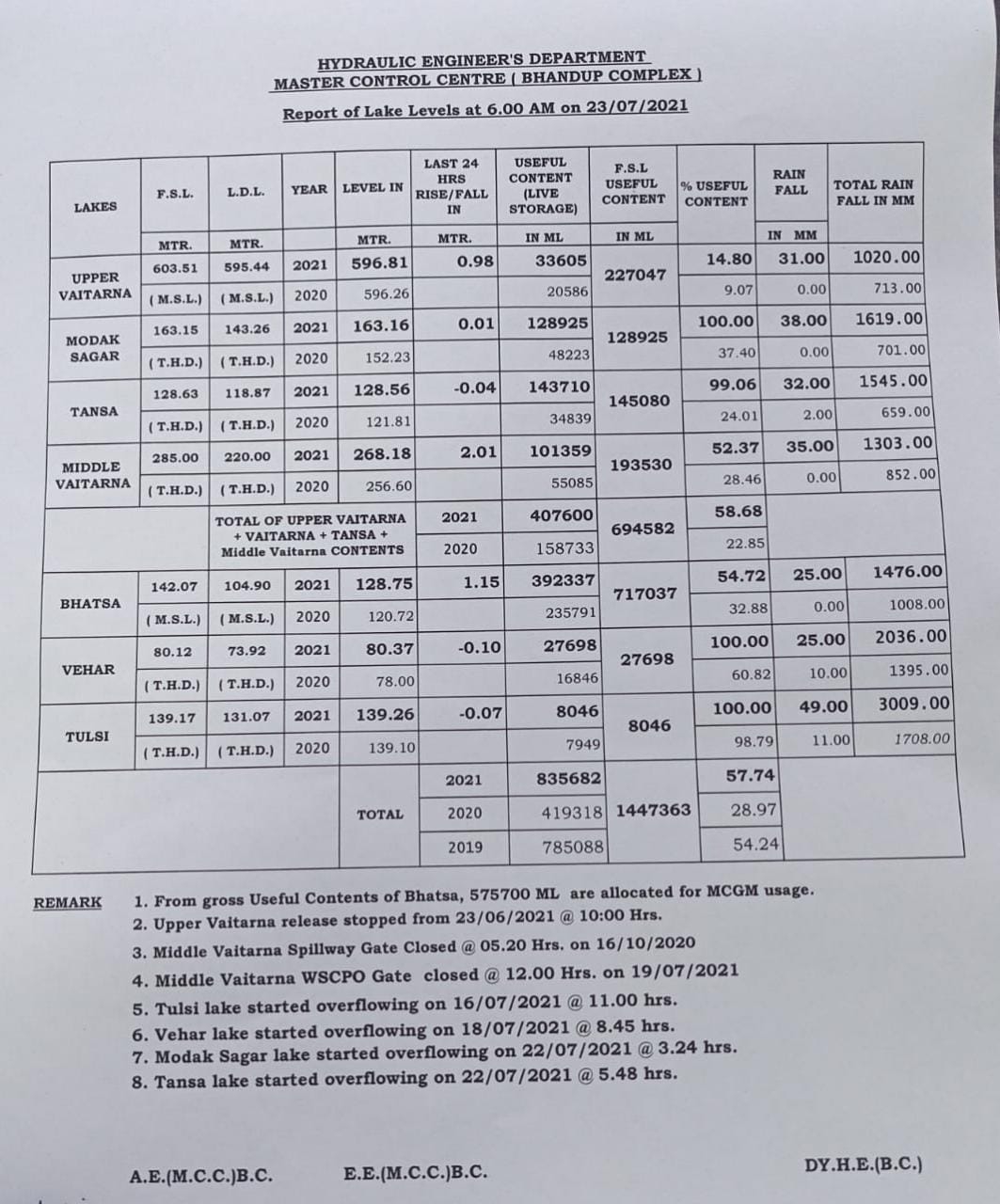