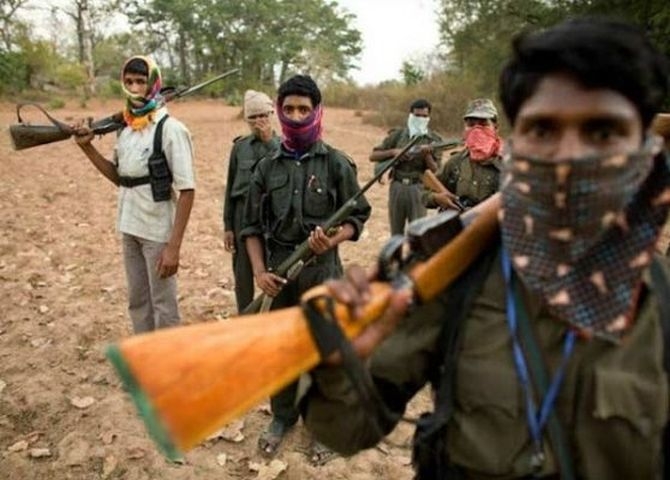 Two days after a major encounter in Maharashtra's Gadchiroli district, a body of Naxal commander has been recovered at the encounter site. According to news agency ANI, the dead naxalite has been identified as Sukhlal Parchaki, 33, who was carrying a bounty of Rs 25 lakhs.

With this recovery, the number of Naxals killed in the encounter has now reached to 27.

At least 26 naxals were killed on Saturday in an encounter with police in eastern Maharashtra's Gadchiroli district, over 900 km from Mumbai. The gunbattle took place in the morning at Korchi in Mardintola forest area when a C-60 police commando team was conducting a search operation led by additional SP Soumya Munde, an official said.

Top CPI-Maoist Central Committee Member Milind Teltumbde -- who carried a booty of Rs 50 lakh -- was among the 26 Maoists, including 6 women

Milind Teltumbde, 57, is the brother of human rights activist and scholar Anand Teltumbde. Anand is among the group of "Urban Maoists' who were raided in early and mid-2018 in connection with the Koregaon Bhima-Elgar Parishad cases, and is currently lodged in the Taloja Jail, Raigad.

Two days after an encounter in Gadchiroli, Maharashtra, the body of Naxal commander Sukhlal Parchaki (33) has been found at the encounter site. He was carrying a reward of Rs 25 lakhs. With this, the number of Naxals killed in the encounter reached 27: Senior MHA official

Among those eliminated in Sunday's gunfight include 6 women Maoists, 3 Commanders of various Dalams and 13 carrying huge collective cash rewards of Rs 1.38 crore on their scalps -- making it one of the most successful security operations in recent years, Superintendent of Police Ankit Goyal and other senior officers told media persons in Gadchiroli this evening.

The high fatalities notwithstanding, some 70-plus extremists reportedly managed to sneak into the forests as many of their associates fell to the bullets of the security forces.