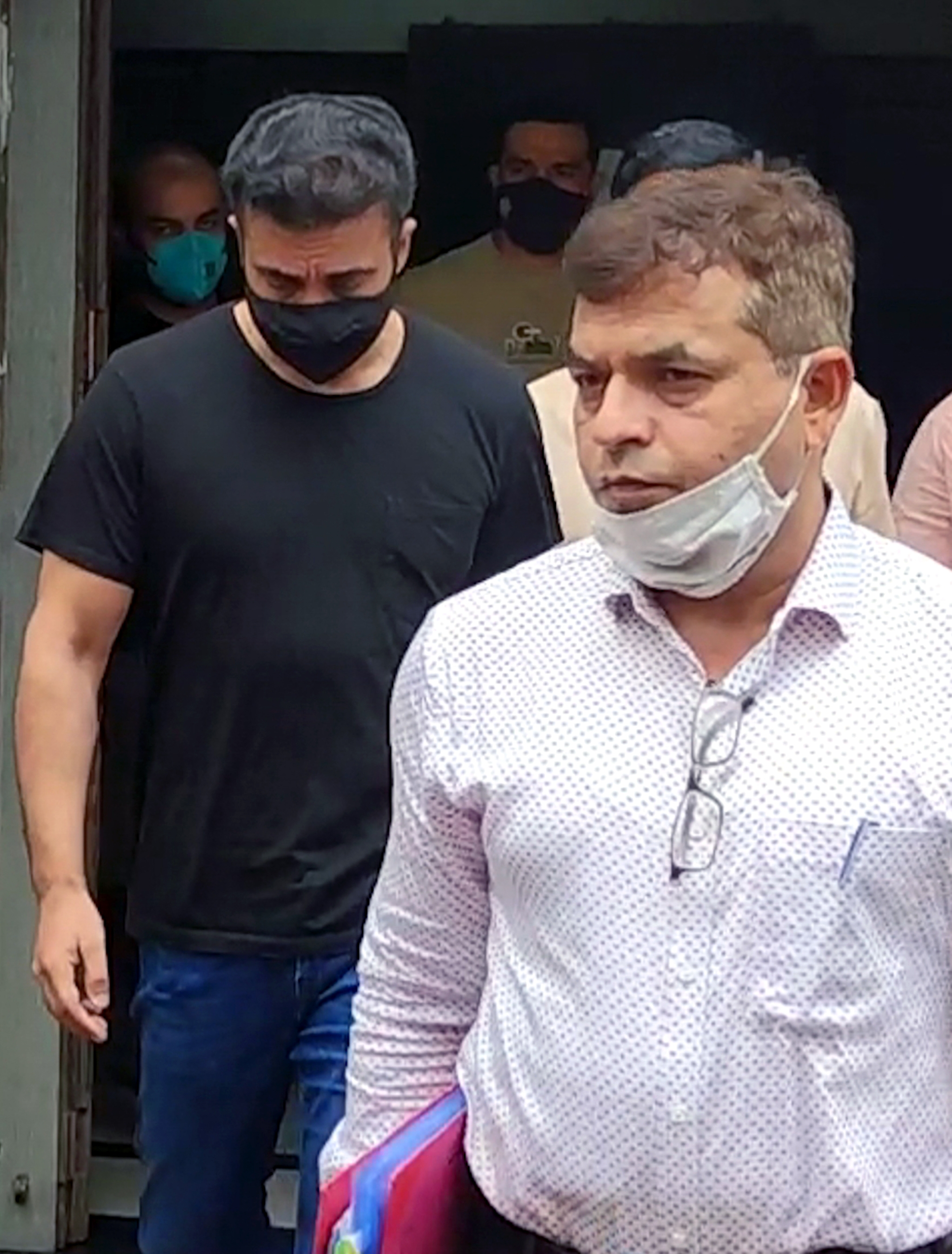 Mumbai: Observing that businessman and actor Shilpa Shetty’s husband Raj Kundra’s arrest and subsequent remand by the magistrate was in “conformity with law”, the Bombay High Court has dismissed the bail plea in the case related to alleged creation and streaming of pornographic content on apps saying that his arrest was required as he started deleting evidence.

Justice AS Gadkari, on Saturday, also dismissed similar petition by Kundra’s IT heads Ryan Thorpe. The duo had challenged their arrest and remand order by the magistrate, terming it illegal.

“The arrest by the investigating officer and remand to police custody by Magistrate is within the conformity of the provisions of law. The impugned order does not suffer from any error, which requires this Court to interfere with it under its jurisdiction under Article 227 of the Constitution of India”, observed justice Gadkari.

The HC has observed that the police diary clearly indicates that the investigating officer has recorded the details which necessitated the duo’s arrest and the same was upheld by the magistrate. “Learned Magistrate while remanding the Petitioners (Kundra and Thorpe) to police custody i.e. while authorizing their detention, has perused the case diary and remand report and has recorded his satisfaction about arrest and custodial interrogation of the Petitioners while authorizing their detention,” observed justice Gadkari in his 21-page order.

On Kundra’s refusal to accept the notice, the HC has observed: “Refusal to accept notice by Ripu Sudan Kundra @ Raj Kundra clearly implies and indicates that, he did not want to participate and co-operate in the process of investigation of the present crime”.

Thorpe had contended that he was arrested even though he accepted the police notice. To this, the HC has said that after accepting police notice, he started deleting data from the WhatApp group and chats thereby causing evidence of the present crime to disappear and tamper with it. “The investigating officer therefore, in order to prevent him from causing disappearance of further evidence, decided to arrest him,” observed the HC.

Kundra was arrested by the Mumbai Police on July 19. He was produced before the Metropolitan Magistrate who remanded him to police custody till July 23, which was then extended till July 27. After that he was remanded to judicial custody for 14 days.

On July 28, the magistrate rejected his bail application.

Kundra and Thorpe had contended that their arrests were illegal as the police failed to follow proper procedure under section 41A of the Criminal Procedure Code (CrPC). As per section 41A, the police may, in cases where arrest is not warranted, issue summons to the accused person and record his or her statement.

The prosecution had opposed the duo’s their petitions saying that they were arrested as they stared deleting evidence from their phone when the search was going on at Kundra’s office. Also, prosecution has claimed that notice was served to both under section 41A of the CrPC. Kundra refused to accept it whereas Thorpe accepted it.

Besides, prosecution had alleged that they refused to co-operate with the investigation.

Kundra and Thorpe’s counsels Aabad Ponda and Abhinav Chandrachud had refuted the allegations saying that all his devices including his phone and laptops were seized by the police during the search. If they were already seized, then there is no question of Kundra deleting the evidence as claimed by the police.

The police recovered scripts with sexual content and a presentation on the financial projection and marketing strategy of HotShots and another similar app BollyFame from Kundra’s laptop.