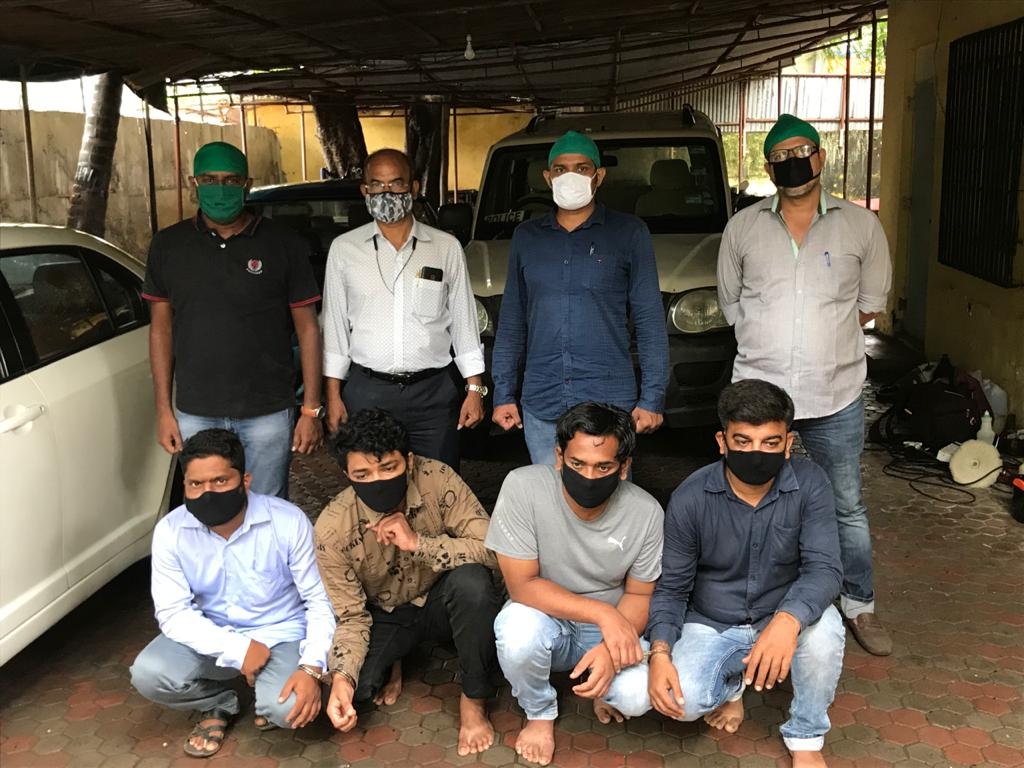 The city crime branch has arrested gang of four just before they could dupe a businessman who had succumbed to Covid-19 a month ago. According to the crime branch, the gang had procured a duplicate sim card of the deceased and was planning to withdraw all the money from his account, however, they received a tip-off and the gang was caught red handed.

Acting on a tip off, a team from crime branch unit 11 conducted a raid in Dahisar on Friday and arrested Shafique Shaikh, 35, Swapnil Onglekar, 28, Pintu Mandliya, 39 and Arshad Sayed, 33, for attempting to transfer the money from the businessman's account.

According to the crime branch officer, Shaikh a office boy was working with a Juhu based 81-year-old developer who died of Covid-19 on June 20. Shafique passed this information to Onglekar and Mandaliya who did the planning everything and hired Sayed who previously worked with banks and had knowledge about online transfers. Onglekar and Mandliya are history-sheeters had been arrested previously for similar crimes, said an officer.

"With the help of the office boy, the gang fist procured documents related to bank accounts and cheque books, later they made a forged Aadhar card of deceased with the photograph of one the accused and procured duplicate sim card of the deceased businessman's number. They were planning to link his account with the mobile number for online transactions," said Chimaji Adhav, senior inspector of crime branch unit 11.

The gang was using digital wallets and other modes of transactions for transferring the funds and they were also using proxy servers to avoid detection," said a crime branch officer.

Following the bust, an offence under the Indian Penal Code (IPC) sections of cheating and forgery along with criminal conspiracy was registered at the Juhu police station and crime branch unit 11 took over the investigation. The four were produced before the court which granted the police custody till July 31, said an officer.