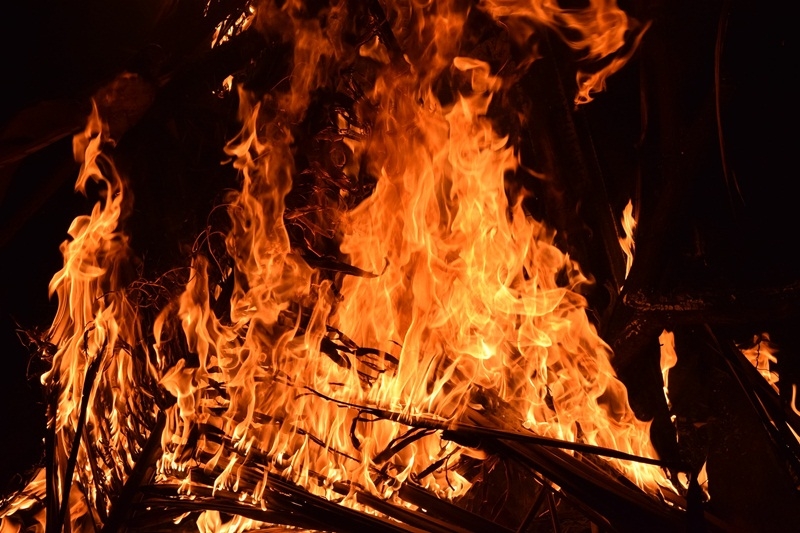 Mumbai: More than 20 shanties were gutted in a fire on Wednesday morning at a slum colony in Koparkhairane. No casualties were reported in the fire. The cause of the fire is being investigated even as prima facie it appeared to have been caused by a short circuit. Though there was no loss of life but people lost their life savings.

The fire started from a house in Sector 19 at around 9 am on Wednesday. The fire spread quickly engulfing the colony, as the residents fled to safety. A fire brigade official said they received a call fifteen minutes after the fire had broken out and they deployed nine fire engines from different areas – Airoli, Vashi, Nerul and Pawne response centres. Navi Mumbai Municipal Corporation’s (NMMC) fire officer Amrutanand Borade said, “Twenty personnel were deployed in the rescue mission.

It took us over an hour to bring the fire under control. The cooling operations will go on for several hours.” A fire officer said, the teams found it difficult to enter the slums with fire tenders as the lanes were extremely narrow. The fire officials had to seek vantage points on the rooftops of shanties in order to douse the fire.

The dog squad of Navi Mumbai Police inspected the shanties after the fire was doused to get leads on the cause of fire. Police investigations are underway regarding the possibilities, including that of a cylinder blast triggering the fire. Suryakant Jagdale, senior police inspector of Koparkhairane police station said, “A detailed investigation will confirm the actual cause.

The fire department experts will submit a report, acting on which police action would be initiated.”
One of the residents whose shanty was destroyed in the fire, Jamal Sayyed, said, “I was leaving for work when my son shouted about a fire. We fled from our house and now we are homeless.”